IPL 2020, MI vs RR: Despite their shaky performances in the previous two games, Rajasthan Royals can't be taken lightly as they are one team which has given Mumbai Indians a good run for their money over the years. 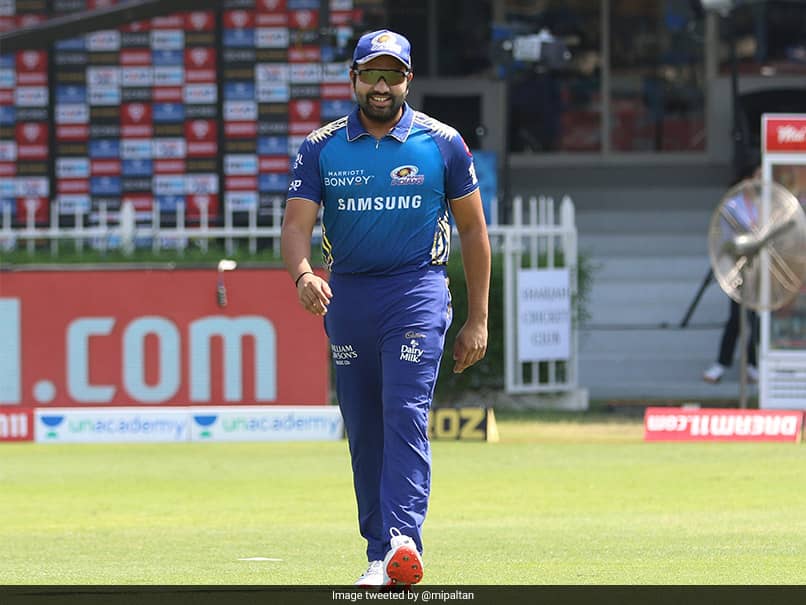 MI vs RR, IPL 2020: Rohit Sharma fell cheaply in their previous game and will like to make amends.© Twitter

Defending champions Mumbai Indians will take on inaugural champions Rajasthan Royals at the Sheikh Zayed Stadium, Abu Dhabi, on Tuesday. The two teams have fared well so far in the tournament, but with winning momentum on their side Rohit Sharma's side go into the contest as slight favourites. Mumbai Indian shrugged off a shaky start to their IPL 2020 campaign registering back-to-back wins over Kings XI Punjab and SunRisers Hyderabad, while Rajasthan Royals seem to have lost a bit of momentum as they are coming off two straight defeats against Kolkata Knight Riders and Royal Challengers Bangalore.

Rajasthan Royals had a flying start to the tournament, winning their opening two games at the Sharjah Cricket Stadium. The team scored in excess of 200 runs in both the matches -- once each while batting first and chasing the target.

However, since the change in venues their players seem to have lost their mojo, with a possible explanation being their inability to adapt to the bigger dimensions at Abu Dhabi and Dubai.

Mumbai Indians started with a loss against Chennai Super Kings but since then have found their combination right. Out of their five games this season, they have played three matches in Abu Dhabi and have two wins to their name at the venue.

Despite their shaky performances in the previous two games, Rajasthan Royals can't be taken lightly as they are one team which has given the record IPL Champions a good run for their money over the years.

The two sides have faced each other on 22 occasion, including twice in the Champions League T20, but no one has the bragging rights over the other as both have equal wins to their name.

A win on Tuesday night will help Mumbai-based outfit take the top spot on the points table while two points for Rajasthan Royals will see them enter the top four, with a game in hand.