IPL 2020, DC vs KKR, Delhi Capitals vs Kolkata Knight Riders: Players To Watch Out For

DC vs KKR: Big-hitters like Andre Russell and Rishabh Pant will be in focus as Delhi Capitals and Kolkata Knight Riders clash in Sharjah in the second game on Saturday. 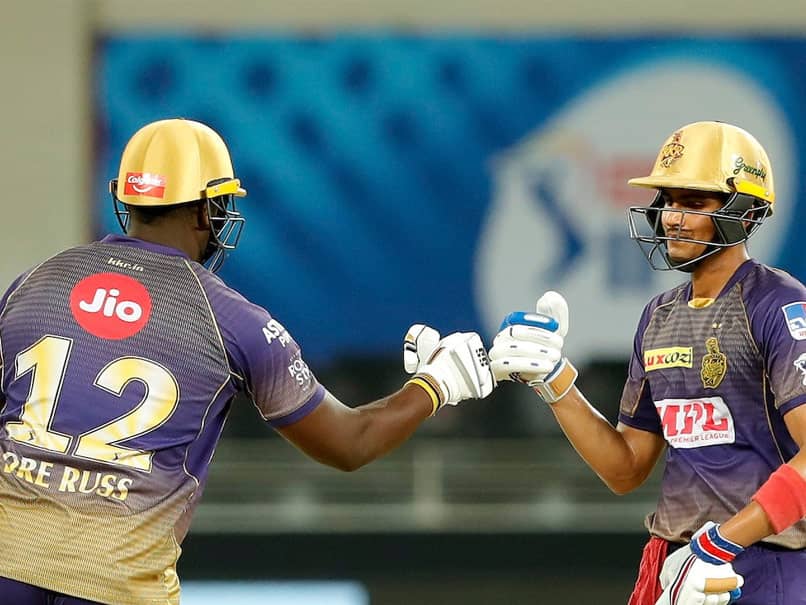 DC vs KKR: ANdre Russell and Shubman Gill will be key for KKR vs DC on Saturday.© BCCI/IPL

The second and third-placed teams -- Delhi Capitals and Kolkata Knight Riders -- will be seen in action in the second match of the day on Saturday. The match will be played at the Sharjah Cricket Stadium, a venue that has seen plenty of runs in IPL 2020. After beginning the tournament with back-to-back wins, Delhi Capitals were handed their first defeat by SunRisers Hyderabad. On the other hand, KKR began the tournament with a defeat but have bounced back well with consecutive wins and look good for more.

Rishabh Pant: No one player has been the standout for Delhi Capitals in the three matches they have played so far but Rishabh Pant has been the most consistent of the lot. The wicketkeeper-batsman has scored 96 runs at an average of 48 and a strike-rate of 118.51. The Delhi-based franchise will be hoping he gets a big one against KKR.

Shreyas Iyer: The Delhi Capitals is yet to hit his stride in IPL 2020 but has shown signs of his class. And while Delhi Capitals have managed to eke out two wins despite a misfiring batting department, Shreyas Iyer will need to put his hands up and make big contributions if his team is to go far in the tournament.

Kagiso Rabada: The South African pacer has been the standout performer for Delhi Capitals, without a shadow of a doubt. He is currently the second highest wicket-taker in the tournament, behind Mohammad Shami, with seven wickets in three matches and could leapfrog the Indian pacer by taking two or more wickets.

Andre Russell: The big-hitting West Indian is yet to make his mark in this year's tournament and what better stage than Sharjah to send out a warning to his rivals. After two low scores in the first two matches, Russell seemed to be have found some form in his 24-run cameo off 14 balls that included three sixes.

Shubman Gill: The stylish right-hander has been the top performer with the bat in hand for Kolkata Knight Riders so far this season. Shubman Gill has scored 124 runs at an average of 62 with a high score of 70 not out. KKR will hope more of the same from India's rising star in the coming games.

Shivam Mavi: The young Indian pacer has seem to completely shrugged off the injury that derailed his last IPL season. He has played all three matches for KRR this season, taking four wickets at an economy rate of 6.70.

Kagiso Rabada IPL 2020 Delhi Capitals vs Kolkata Knight Riders, Match 16 Cricket
Get the latest updates on India vs Australia Series, check out the India vs Australia Schedule for 2020-21 and Ind vs Aus live score . Like us on Facebook or follow us on Twitter for more sports updates. You can also download the NDTV Cricket app for Android or iOS.