IPL 2020, CSK vs SRH: MS Dhoni has become the most capped player in IPL history, having overtaken Suresh Raina in the list. 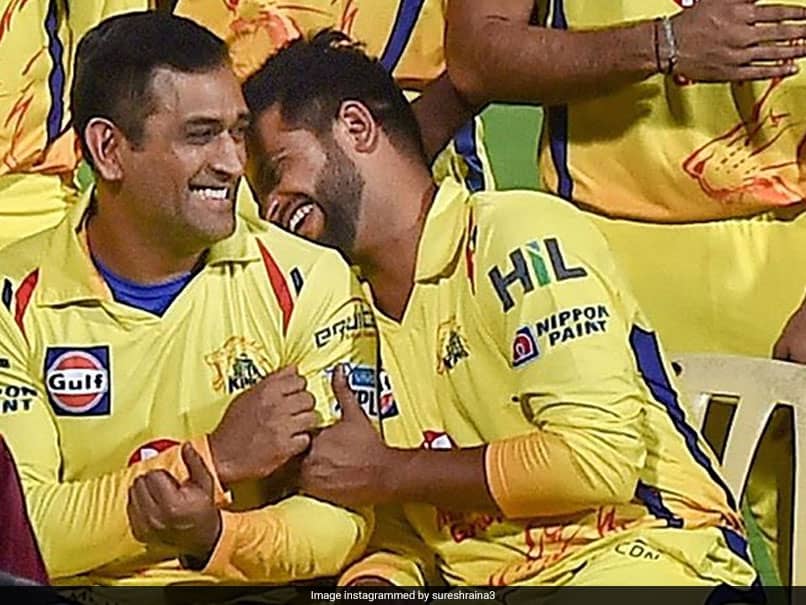 With Chennai Super Kings (CSK) facing SunRisers Hyderabad (SRH) in their ongoing Indian Premier League (IPL) 2020 fixture at the Dubai International Stadium, MS Dhoni has become the most capped player in IPL history on Friday. Raina, who withdrew from this year's IPL, took to Twitter to congratulate the former India skipper. He wrote, "Congratulations Mahi bhai (@msdhoni) at becoming the most capped IPL player. Happiest that my record is being broken by you. All the best for the game today and am sure @ChennaiIPL will win this season's @IPL."

Congratulations Mahi bhai (@msdhoni) at becoming the most capped IPL player. Happiest that my record is being broken by you. All the best for the game today and am sure @ChennaiIPL will win this season's @IPL. pic.twitter.com/f5BRQTJ0aF

Soon after Raina wished Dhoni, many CSK fans came up with heartwarming messages for the wicketkeeper-batsman.

Dhoni has played in 194 IPL matches, which is also the most by any cricketer.

He has overtaken Raina's tally of 193 IPL matches. The duo have featured together in 164 matches for CSK.

He has also registered a strike rate of 137.89. The CSK skipper has scored 23 fifties, but hasn't notched a hundred yet.

His boundary count is also impressive, with 299 fours and 212 sixes.

Having won the IPL thrice, CSK began their 2020 campaign on a winning note, defeating MI by five wickets. They followed it up by a 16-run defeat to Rajasthan Royals (RR), and a 44-run loss to Delhi Capitals (DC).

CSK are currently at the bottom of the IPL table.