IPL 2020: Virat Kohli took to Instagram to share a picture of himself working out using a dumbbell. 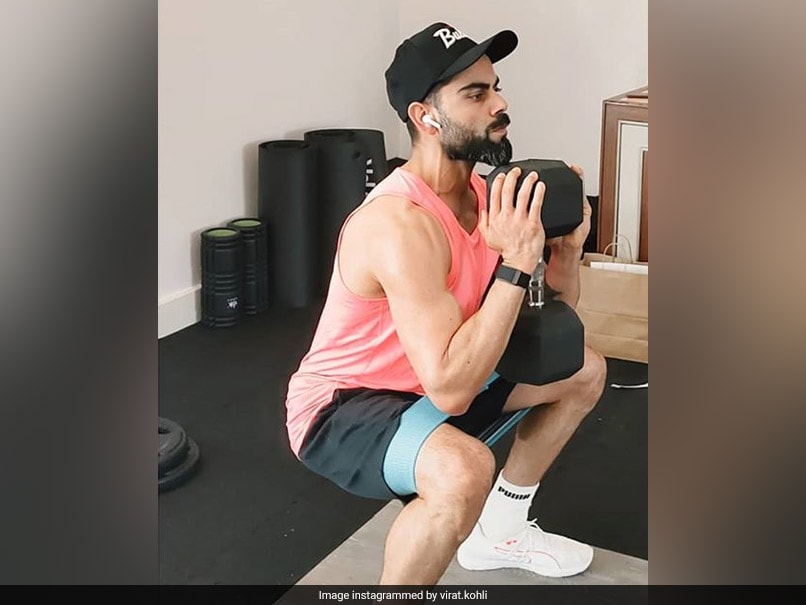 IPL 2020: Virat Kohli loves to put in the hard yards to keep himself in shape.© Instagram

Virat Kohli, who is an epitome of fitness, took to Instagram on Wednesday to reveal the timeline that lets him reach "optimum output" on the field. The Royal Challengers Bangaloreskipper posted a picture of him, in which he can be seen working out with a dumbbell. "A timeline for optimum output game after game. Play recover priming(prep) play. Never under estimate the importance of a routine," Kohli captioned the picture on Instagram.

A timeline for optimum output game after game. Play recover priming(prep) play. Never under estimate the importance of a routine.

The India captain is in the United Arab Emirates for the 13th edition of the Indian Premier League(IPL).

Kohli had a quiet start to the tournament, registering a string of low scores.

The RCB captain returned back to form with an unbeaten knock of 72 against Rajasthan Royals.

Kohli followed it up with knocks of 43 and 90 not out against Delhi Capitals and Chennai Super Kings respectively.

With five wins from seven games, Kohli-led RCB are currently on the third spot on the points table.

RCB will next take on bottom placed Kings XI Punjab at the iconic Sharjah Cricket Ground on Thursday.

Since the inclusion of a fully-fit Chris Morris, the RCB side has looked a much more balanced outfit. Kohli, himself, had admitted that with Morris in the side, his team's bowling unit has become more potent.

Morris has picked up five wickets and he has only played two games this season.

Kohli will be hoping for another good performance from his bowlers when his team takes on a hurting Kings XI Punjab.

Virat Kohli IPL 2020 Cricket
Get the latest updates on ICC T20 Worldcup 2022 and CWG 2022 check out the Schedule, Live Score and Medals Tally. Like us on Facebook or follow us on Twitter for more sports updates. You can also download the NDTV Cricket app for Android or iOS.