IPL 2020, MI vs RR: Trent Boult has become a front-runner for the Mumbai Indians bowling attack and he will be one difficult customer for Rajasthan Royals captain Steve Smith, who will be critical to his teams prospects. 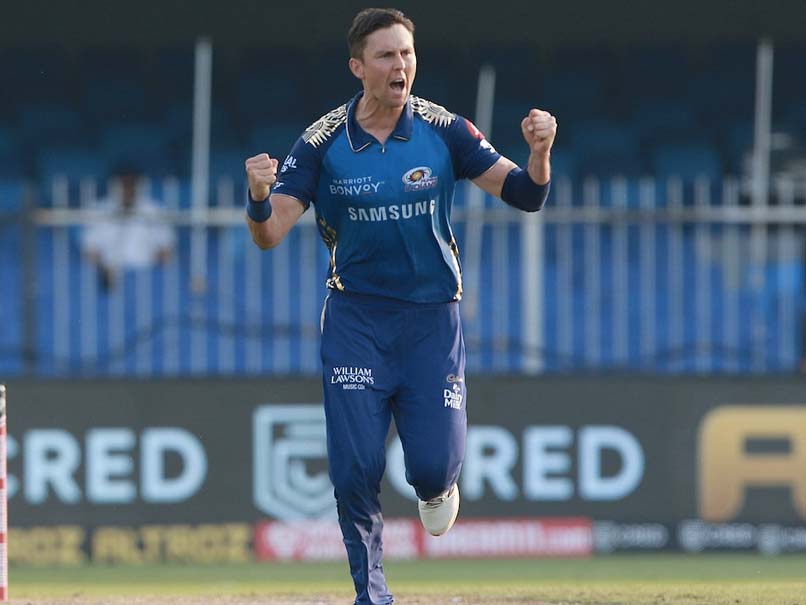 MI vs RR: Trent Boult is among the top names on the IPL 2020 bowling list with 8 wickets from 5 matches.© BCCI/IPL

Mumbai Indians have been spoilt for choice in the departments of batting and seam bowling and that is evident from the way things have gone for them. The bowling suddenly has three world-class seamers in Jasprit Bumrah, Trent Boult and James Pattinson and the New Zealander Boult has become the leader of the pack in IPL 2020, with Bumrah just beginning to find his feet. So, when MI take on Rajasthan Royals in Abu Dhabi on Tuesday, Boult will be given charge of limiting the RR top-order, including skipper Steve Smith, who needs to deliver if he wants his team to make headway in the league. Smith has been on and off the boil and no one would know that better than him. So, when he takes on Mumbai Indians, he will be ready for all comers, promising a fine face-off with Boult.

The Kiwi was the sideshow when IPL 2020 began since all eyes were on Bumrah. But he has begun making a telling difference, not just with his bowling but also his fielding.

Smith has 127 matches from four IPL 2020 games with a strike rate of 147.67. When he has been good, he was brilliant. But sadly, not frequently enough so far.

Steven Smith IPL 2020 Mumbai Indians vs Rajasthan Royals, Match 20 Cricket
Get the latest updates on ICC T20 Worldcup 2022 and CWG 2022 check out the Schedule, Live Score and Medals Tally. Like us on Facebook or follow us on Twitter for more sports updates. You can also download the NDTV Cricket app for Android or iOS.