IPL 2020 Final, MI vs DC: Delhi Capitals stand one match away from history, while Mumbai Indians would like to sign off with their second successive crown. 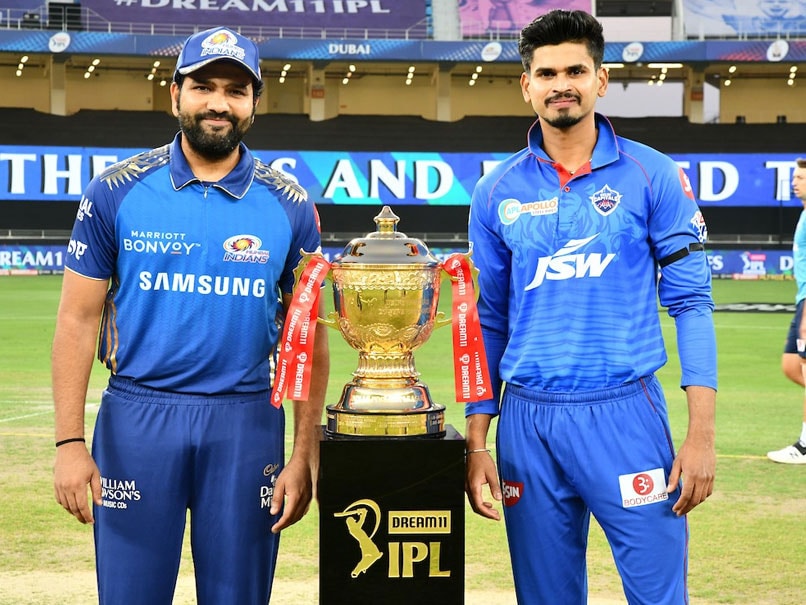 IPL Final: DC are gunning for their maiden title, while MI are seeking a 5th crown.© BCCI/IPL

As the COVID-19 ravaged 2020 counts down to an end, the Indian Premier League, delayed, deferred and distanced by coronavirus, also is on a countback towards culmination, as the 60th match of IPL 2020, the final, pits defending champions Mumbai Indians against title aspirants Delhi Capitals when the two sides meet up at the Dubai International Cricket Stadium on Tuesday. Several things are different -- for one, the final is being played on a Tuesday instead of a Sunday. Then, the teams are in their restrictive bio-bubbles and no one barring the team members and franchise owners are there to witness the goings-on. The other new thing is the Delhi Capitals are one match away from being somewhere they have never been -- the IPL winners' podium. As for Mumbai Indians, things are a little different too. They have the chance to beat their "even-number" year jinx.

Delhi Capitals have no such jinx -- they just haven't been there.

As has been seen all through IPL 2020, and previous years, the law of averages always seems to catch up. Take the case of SunRisers Hyderabad. They won three massive matches to make it to Qualifier 1, including beating Delhi Capitals, and then they fell, one step from the final.

DC's equation with MI is the same. The two sides have met thrice this year, and all the matches have gone to the Mumbai outfit.

So, if sheer stats were to be a guideline, MI have this one sewn up.

But DC were a different team altogether in Qualifier 2 against SRH and may throw up a surprise or two for the defending champions.

The match will be won by the batsmen. As has been the case with most matches in the fag end of the tournament, batting first and piling up a big total has worked. In the qualifiers, Royal Challengers Bangalore failed to put up a big total, and went down to SRH. The rest of the matches have been as per the above script.

MI's batting is daunting, as DC found out in Qualifier 1. But that said, they themselves have shown courage to come up with some plans, and this could well get interesting.

As for the bowling, the MI bowling is definitely the one to reckon with, so it will need some individual brilliance from one of the DC bowlers to see this one through. Kagiso Rabada has snatched the Purple Cap from Jasprit Bumrah again, and this battle within a battle could well be the difference.