IPL 2020 Final: Mumbai Indians will be looking for a record-extending fifth title as they face Delhi Capitals in the summit clash in Dubai. 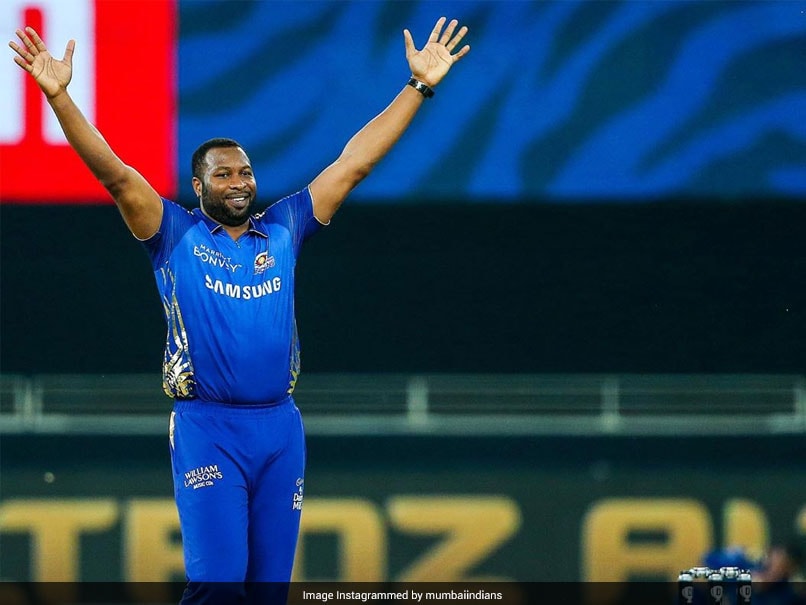 Mumbai Indians, eyeing a record fifth IPL title, will take on Delhi Capitals in the Indian Premier League 2020 final at the Dubai International Stadium on Tuesday. Speaking ahead of the summit clash, Mumbai Indians' all-rounder Kieron Pollard compared the magnitude of an IPL final with a World Cup final. Mumbai Indians posted a video on Instagram on the morning of the final where Pollard and Mahela Jayawardene shared their views on the season and spoke about the IPL final. The West Indies all-rounder mentioned that while there is no crowd for the summit clash but he feels that an IPL final is as big a game as a World Cup final.

"The name of the game is pressure in a final. Everyone takes that pressure, you want to win, you don't want to make a mistake. But at the end of the day, you have to try and take it as a normal game. Just go out there and enjoy yourself and the atmosphere. Obviously, now no crowds in this final, but enjoy the magnitude of the game. It is the IPL final, it's the biggest thing after the World Cup final," Pollard said in a video posted by MI.

Mumbai Indians finished on top the points table after the league stages with 18 points next to their name.

The defending champions then made light work of Delhi Capitals in the first qualifier to book their place in the final.

Delhi, who finished second after the league stages, defeated SunRisers Hyderabad in the second qualifier on Sunday to reach their maiden IPL final.

Kieron Pollard IPL 2020 Mumbai Indians vs Delhi Capitals, Final Cricket
Get the latest updates on T20 World Cup, check out the T20 World Cup Schedule and Live Score . Like us on Facebook or follow us on Twitter for more sports updates. You can also download the NDTV Cricket app for Android or iOS.