IPL 2020, CSK vs DC: With Piyush Chawla having been taken to the cleaners, Karn Sharma may well be in line for a look-in in Chennai Super Kings' third match, and he will be faced with handling the burgeoning Marcus Stoinis in the match with Delhi Capitals. 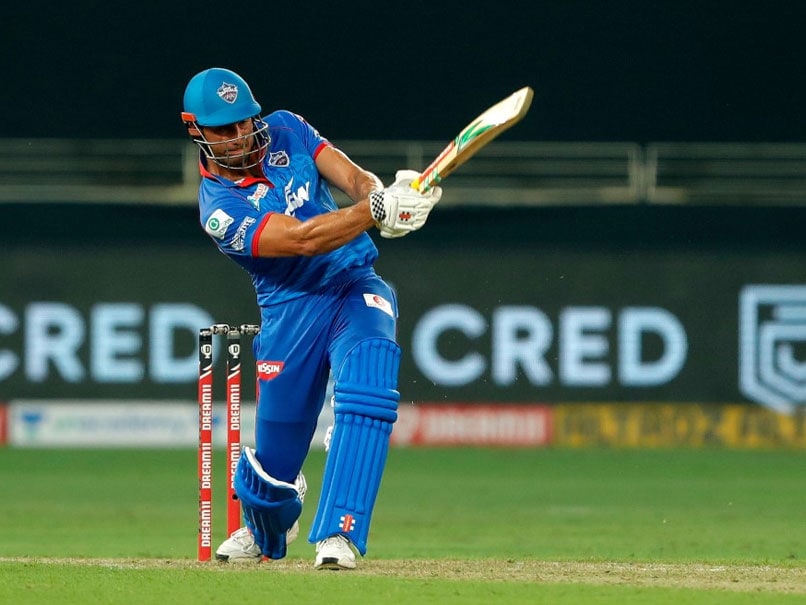 IPL 2020, CSK vs DC: Marcus Stoinis is expected to be one of the big successes this year.© BCCI/IPL

With Chennai Super Kings still licking their wounds from the absolute hammering they received against Rajasthan Royals, it is almost certain that there will be changes in the bowling line-up when they meet Delhi Capitals in their third IPL 2020 match. Piyush Chawla and Lungi Ngidi could well be given breaks, paving the way for some new bowlers to get some action. From among the two other leggies in the business for CSK - Imran Tahir and Karn Sharma - one would logically choose the latter, simply because he'll add more to the fielding than Tahir. If Sharma does get called up, he may well come across Marcus Stoinis, who is expected to be one of the big successes in IPL 2020.

Stoinis has been explosive for Australia and even in IPL 2020, he came up with 53 runs off 21 balls, and quite the canter with seven boundaries and three sixes. He has played 30 matches for 526 runs at a srike rate of 136.62. Add to that the 17 wickets, and he is a competitive package.

So, for Sharma, his spell may well coincide with the entry of Stoinis towards the third quarter of the inning. Or at least a part of his spell, for sure. Sharma has 54 wickets in IPL from 62 matches, at an economy of 7.82.

Dubai is a big ground and gives spinners an even chance in sheer domensions if not in terms of purchase on the track. Stoinis, like most new-age batsmen, believes in hitting the cricket ball over the fielders as much as through them. So there is always potential of a mistake and a chance for the spinner, which makes this face-off that much more interesting.

Marcus Stoinis Chennai Super Kings vs Delhi Capitals, Match 7 Cricket
Get the latest updates on ICC T20 Worldcup 2022 and CWG 2022 check out the Schedule, Live Score and Medals Tally. Like us on Facebook or follow us on Twitter for more sports updates. You can also download the NDTV Cricket app for Android or iOS.