IPL 2020: Virat Kohli Ready To "Have Fun'' As Royal Challengers Bangalore Gear Up For Playoff Clash

IPL 2020: Royal Challengers Bangalore skipper Virat Kohli said RCB look to have "more fun" in the playoffs stage than they had in the league games. 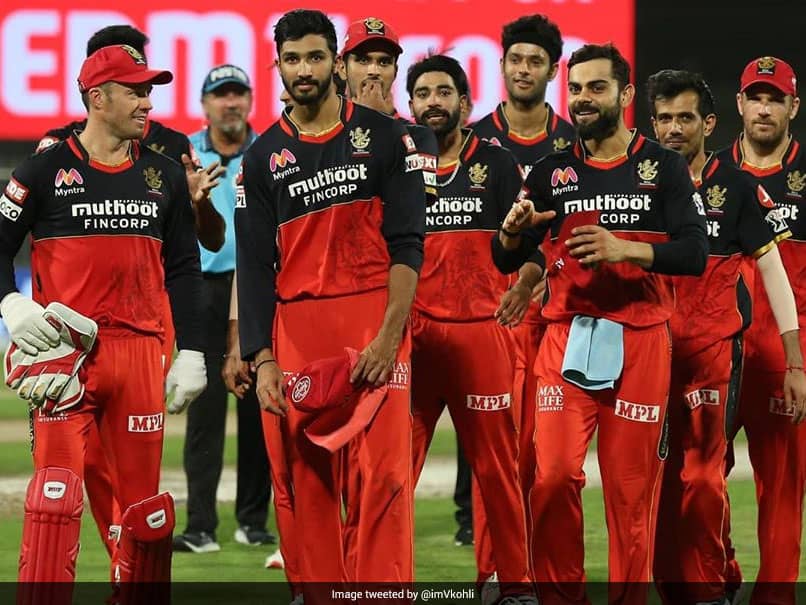 Royal Challengers Bangalore (RCB) will play Sunrisers Hyderabad (SRH) in the Indian Premier League 2020 Eliminator on Thursday and skipper Virat Kohli has assured his teammates that they will have more fun in the coming week than they had in the entire tournament. Thrashing Mumbai Indians by 10 wickets on Tuesday, SRH qualified for the playoffs as the side finished third in the points table with 14 points. RCB finished in the fourth position with as many points. RCB had lost four games on the trot and skipper Kohli feels that the side needs to go in the upcoming games with a positive mindset.

Coaches and senior players discuss the playoffs opportunity and urge the squad to be hungry and ready for the challenge.#PlayBold #IPL2020 #WeAreChallengers #Dream11IPL pic.twitter.com/yq7MMJ6y79

"I want all of us to be in a positive mindset. I promise you we will have more fun in this next week than we had in two and a half months," said Kohli in a video posted on RCB's Twitter handle.

RCB head coach Simon Katich praised the players for executing what was expected from them in the match against Delhi Capitals on Monday.

"Well done on a fantastic achievement of reaching the playoffs. It obviously requires a lot of hard work, so well done on that. The finish hasn't been as planned but what is done is done," said Katich.

"We can now look for the opportunity which comes up on Friday and grab that opportunity. The things that stand (out) for me is that certain guys played according to their role in our last game. One obviously (is) Shahbaz (Ahmed) – he picked his first wicket in IPL," he added.

Virat Kohli Simon Katich IPL 2020 Cricket Sunrisers Hyderabad vs Royal Challengers Bangalore, Eliminator
Get the latest updates on IPL 2021, IPL Points Table , IPL Schedule 2021 , live score . Like us on Facebook or follow us on Twitter for more sports updates. You can also download the NDTV Cricket app for Android or iOS.