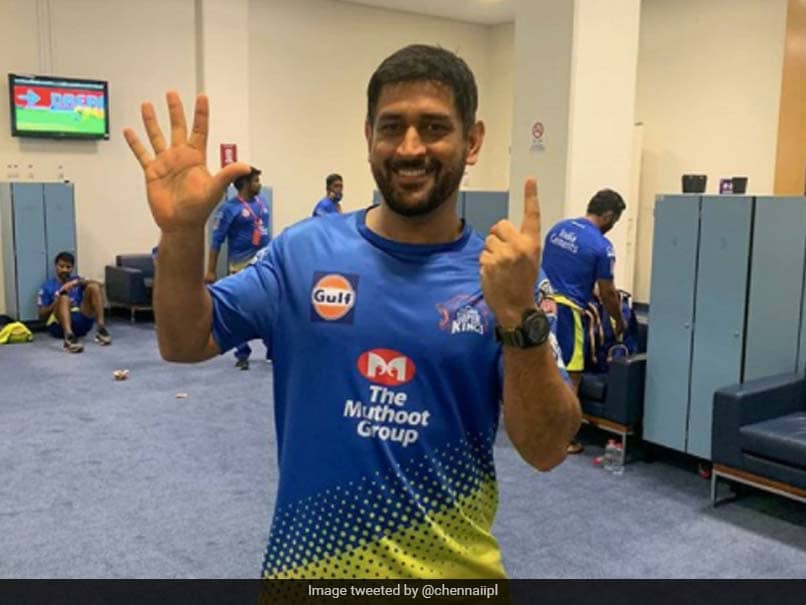 MS Dhoni-led Chennai Super Kings (CSK) roared back into form with an emphatic 10-wicket win over Kings XI Punjab on Sunday in Dubai. CSK had lost three in a row before this victory and were languishing at the bottom of the table. However, with this win not only did they climb to the sixth spot but as a wave of congratulatory messages trended on social media, they also crossed six million followers on Twitter. The team celebrated this milestone and CSK posted on social media pictures and videos of their players indicating ‘six' with their fingers to mark the follower count.

After a victory in their opening clash against Mumbai Indians last month, CSK had slumped to three back-to-back losses, a first instance of the team losing as many straight games since 2014, but on the back of Shane Watson and Faf du Plessis' unbeaten half-centuries they dominated Kings XI and won with more than two overs to spare.

Both Watson and du Plessis faced 53 balls each and scored 83 and 87 respectively as CSK raced to their target of 179 in just 17.4 overs.

Earlier, CSK put together a much-improved bowling performance even in the face of a strong KXIP opening pair of KL Rahul and Mayank Agarwal.

Shardul Thakur returned 2/39 in four overs while Ravindra Jadeja was economical with 1/30 from four.

CSK next take on Kolkata Knight Riders (KKR) on October 7 in Abu Dhabi.