"What Stephen Fleming, MS Dhoni Do Is Incredible": Shane Watson Thanks CSK Management For Keeping Faith 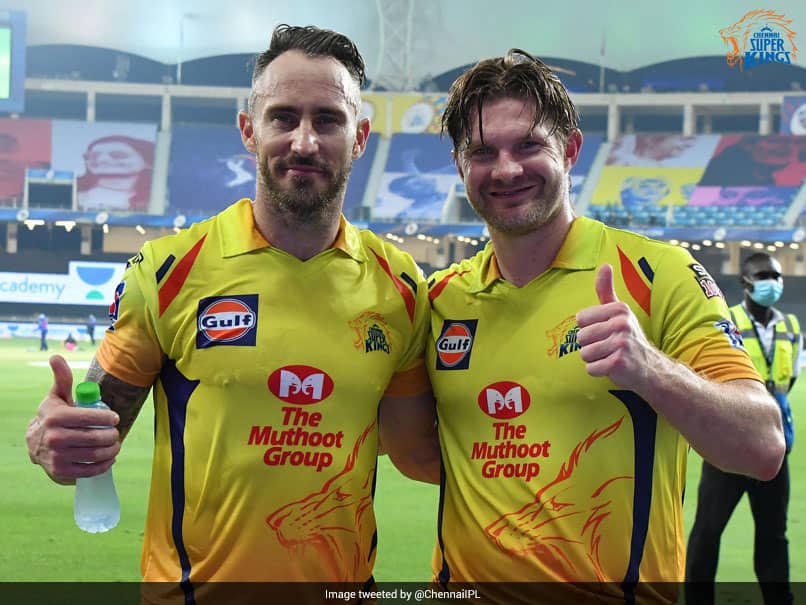 After playing an unbeaten knock of 83 runs against Kings XI Punjab (KXIP), Chennai Super Kings (CSK) opener Shane Watson thanked skipper MS Dhoni and coach Stephen Fleming for showing faith in his abilities. His remark came as CSK chased down 179 runs without losing any wickets, with 14 balls to spare. With this, the side moved on the sixth spot in the IPL 2020 Points Table with four points from five matches. Shane Watson and Faf du Plessis remained unbeaten on 83 and 87 respectively for CSK.

"What Fleming and MS Dhoni do, it is incredible. They trust the players, they trust the quality and caliber of their players. They know if they keep the faith, the things will certainly change," Watson told Faf du Plessis in a video uploaded on iplt20.com.

"It was nice to spend some time with my good mate Faf in the middle. It is amazing how a little change in mindset can make a big difference in getting things moving. It was nice to get some winning momentum. The faith that CSK continues to show in their players goes a long way. I love batting with Faf, I do believe that we compliment each other really well," he added.

Watson's opening partner du Plessis was also of the same opinion and praised CSK head coach Fleming and skipper Dhoni for "sticking with players a bit longer than other teams might".

"Credit to Dhoni and Fleming, it's obviously the CSK way, they stick with players a bit longer than other teams might," said Du Plessis at the post-match presentation.

"They stick with players that they feel will play in the final. Credit to the management. It's not always as easy as it looks," the former South African skipper added.

Before KXIP game, Watson had found the going tough. Prior to this game, only 52 runs had come off his bat in four matches.

For CSK, Shardul Thakur was the pick of the overs as he returned with the figures of 2/39 from his four overs.

CSK will next take on Kolkata Knight Riders on October 7.

KL Rahul
Get the latest updates on India vs England Series, India vs England , live score and IPL 2021 Auction . Like us on Facebook or follow us on Twitter for more sports updates. You can also download the NDTV Cricket app for Android or iOS.