IPL 2020, KXIP vs MI: Ishan Kishan Warms Up For Kings XI Punjab Clash With Big Hits In The Nets. Watch 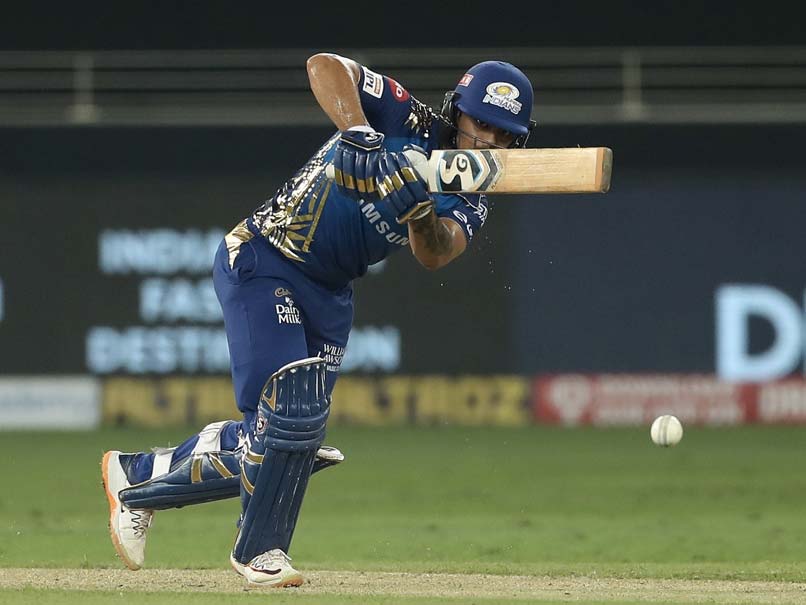 Ishan Kishan was one of the positives for Mumbai Indians (MI) in their heart-breaking defeat to Royal Challengers Bangalore (RCB) on Monday in Dubai. He smashed 99 off just 58 balls to help Mumbai tie with RCB's 201. However, Mumbai faltered in the Super Over when they could manage only seven runs that were chased down easily by Virat Kohli and AB de Villiers. By the end of the match, Kishan was too exhausted to even come out to bat in the Super Over as Mumbai sent in Hardik Pandya to accompany the big-hitting Kieron Pollard. However, Kishan looked raring to go in the nets ahead of Mumbai's next clash, against Kings XI Punjab on Thursday, as he practised long-range hitting in the nets, playing shots from the most orthodox like a cover drive to the most outlandish like a switch hit.

It was Kishan's first outing for Mumbai in Indian Premier League (IPL) 2020 and he made the most of it.

Pollard, who remained unbeaten on 60 off 24 balls and put up 79 off the 80 runs needed for win in the last four overs against RCB with Kishan, will also be crucial to Mumbai's chances of getting back to winning ways.

The defending champions had begun their season well with a victory over Chennai Super Kings (CSK) but since then have slumped to back-to-back defeats against Kolkata Knight Riders and RCB.

Kings XI Punjab Ishan Kishan IPL 2020 Kings XI Punjab vs Mumbai Indians, Match 13 Cricket
Get the latest updates on ICC T20 Worldcup 2022 and CWG 2022 check out the Schedule, Live Score and Medals Tally. Like us on Facebook or follow us on Twitter for more sports updates. You can also download the NDTV Cricket app for Android or iOS.