IPL 2020 begins on September 19, and Ishant Sharma looks to be in top form as suggested by Delhi Capitals' recent social media post. 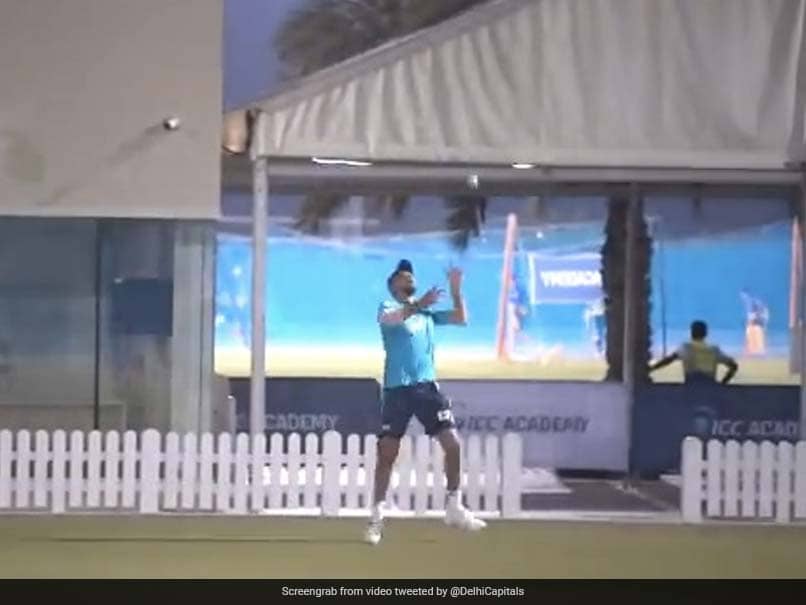 Ahead of the upcoming Indian Premier League (IPL) season, Delhi Capitals (DC) shared a fielding highlight video of Ishant Sharma on Twitter. The Indian pacer is a crucial cog in the T20 franchise's unit, and the social media shows that he is well-prepared for his team's first match on September 20, when they face Kings XI Punjab. The video was captioned as, "Baayein Haath ka Khel feat. @ImIshant #Dream11IPL #YehHaiNayiDilli".

The video is of a fielding practice session in the team's bio-secure bubble in United Arab Emirates (UAE). Ishant is near the boundary, and the ball is sent to him by a coach. The 32-year-old takes some long strides in a nonchalant manner and catches the ball with his left hand.

Ishant is a right-arm pacer and is also an important senior member in the Indian national team. An Arjuna Awardee, he has represented the likes of Kolkata Knight Riders, Deccan Chargers, Sunrisers Hyderabad, Rising Pune Supergiants and Kings XI Punjab in the IPL. He is also part of Delhi's state cricket team.

IPL 2020 has been shifted to UAE due to the rising coronavirus cases in India.

The franchise-based T20 league begins on September 19, with Chennai Super Kings facing Mumbai Indians in the opener. Led by Shreyas Iyer, the team will be aiming to reach the final this season, after missing out on it in 2019. Last season, they lost to CSK in the playoffs. Earlier known as Delhi Daredevils, the team has been part of the league since its inception in 2008.