Shreyas Gopal claimed a memorable hat-trick in a five overs a side contest that was eventually called off due to rain. 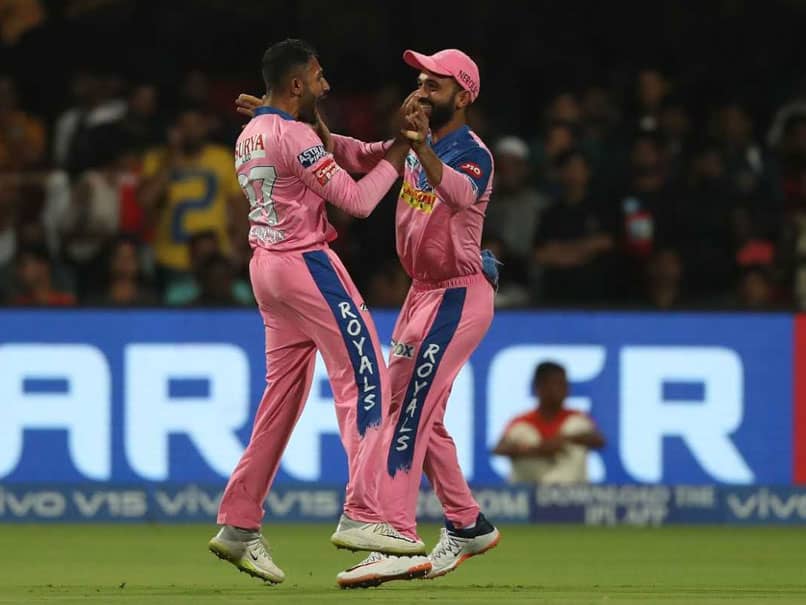 Rajasthan Royals leg-spinner Shreyas Gopal took a memorable hat-trick in a five overs a side contest that was eventually called off due to intermittent rain, pushing Royal Challengers Bangalore out of the IPL playoffs race on Tuesday. Needing 22 off the final 10 balls, Royals were favourites to pocket two points but showers lashed Chinnaswamy again and both teams had to share a point each. The no result keeps Royals mathematically alive in the tournament as they have 11 points from 13 games with one match to go.

The visitors were 41 for one in 3.2 overs when the rain returned to the Chinnaswamy with Sanju Samson (28 off 13) being their top-scorer.

Royals limited RCB to 62 for seven in five overs following Gopal's hat-trick. Royals had won the toss and opted to field but rain arrived and delayed the start of the game by three hours and thirty minutes.

RCB skipper Virat Kohli (25 off 7) was on fire from ball one, depositing pacer Varun Aaron for a straight six. The loyal fans of the hosts, who stayed back for hours in the hope of a game, managed to get their money's worth with Kohli smashing Aaron for another six before AB de Villiers (10 off 4) got into the act as the first over went for 23 runs.

However, Gopal brought Royals right back into the game in the following over by removing Kohli and de Villiers off successive balls before sending back Marcus Stoinis for a memorable hat-trick.

With the following batsmen going for the big hits from the word go, RCB did manage to cross the 50-run mark. Royals pacer Oshane Thomas too made instant impact by taking two wickets in one over.

Shreyas Gopal IPL 2019 Cricket Royal Challengers Bangalore vs Rajasthan Royals, Match 49
Get the latest updates on India vs England Series, India vs England , live score and IPL 2021 Auction . Like us on Facebook or follow us on Twitter for more sports updates. You can also download the NDTV Cricket app for Android or iOS.