MS Dhoni was fined 50 per cent of his match fees for charging onto the field in protest. 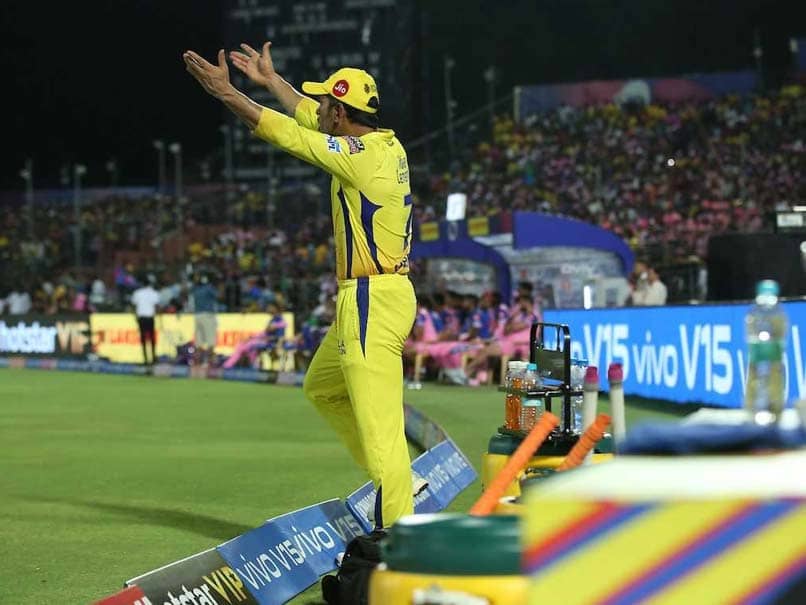 MS Dhoni was livid with the decision of the umpires to not award a no-ball to his team.© BCCI/IPL

MS Dhoni has been fined 50 per cent of his match fees after the Chennai Super Kings captain charged onto the field to confront the umpires for not giving a no-ball in the last over of CSK's chase against Rajasthan Royals at the Sawai Mansingh Stadium in Jaipur on Thursday night. The CSK captain admitted to the "Level 2 offence 2.20 of the IPL's Code of Conduct and accepted the sanction". The incident took place during the last over of the RR vs CSK IPL 2019 match, which the visitors went onto win in a thrilling last-ball finish.

"MS Dhoni, the Chennai Super Kings captain, was fined 50 percent of his match fees for breaching the VIVO Indian Premier League's (IPL) Code of Conduct during his team's match against Rajasthan Royals at Jaipur," an official IPL statement said.

"Mr Dhoni admitted to the Level 2 offence 2.20 of the IPL's Code of Conduct and accepted the sanction."

Mitchell Santner smashed Ben Stokes for a maximum off the final ball to help CSK seal a last-ball thriller.

But the clash witnessed a big controversy when Dhoni strode onto the field unhappy with the decision of the umpires to not award his team a no-ball.

Dhoni, who was standing right on the boundary ropes threw his hands up in the air after noticing that umpire Ulhas Gandhe put his arm up, only to be overruled by square leg umpire Bruce Oxenford.

Despite, Dhoni's long-drawn protest, the decision stood, which left CSK six off the last two balls.

Ben Stokes Mitchell Santner IPL 2019 Rajasthan Royals vs Chennai Super Kings, Match 25 Cricket
Get the latest updates on IPL 2021, IPL Points Table , IPL Schedule 2021 , live score . Like us on Facebook or follow us on Twitter for more sports updates. You can also download the NDTV Cricket app for Android or iOS.