Mumbai Indians have have reached 16 points with their win over SunRisers Hyderabad. 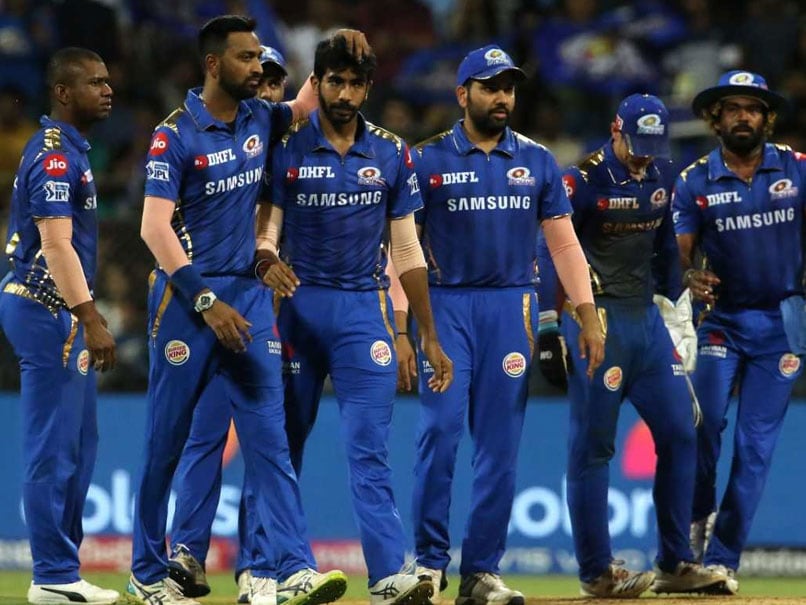 Mumbai have 16 points from 13 outings and have a game left on Sunday against Kolkata Knight Riders, while Sunrisers Hyderabad are placed fourth with 12 points.

Hyderabad needed 17 runs off the last over and the equation was brought down to seven by the time Hardik braced up to bowl the final delivery.

But Manish Pandey (71 not out off 47 balls) carted the all-rounder over long-on for a six to bring the scores level and force a Super Over, a first at the Wankhede Stadium.

Then Bumrah (2-31) gave 12 runs in the penultimate over, with Manish Pandey hitting two fours.

Earlier, Quinton De Kock's unbeaten 69 took the hosts to a respectable total on a difficult pitch.

For the visitors, the chase began with Wriddiman Saha (25 off 15 balls) and Martin Guptill (15 off 11) adding 40 for the first wicket. But Saha was sent back by Bumrah.

Bumrah struck for the second time as he trapped Guptill in front of the wicket in the sixth over.

Left-arm spinner Krunal Pandya (2-22) struck early as he trapped Kane Williamson (3) in the eighth over, a decision which went in Mumbai's favour after a successful review. The visitors were in a spot of bother at 65-3.

Then Pandey and Vijay Shankar (12 off 17 balls) tried to rally the innings with a 33-run stand, but Krunal struck again in the 14th over, sending Shankar back.

Hardik struck in the first over when Abhishek Sharma edged to keeper De Kock, after which Hyderabad were almost out of the contest. But Mohammed Nabi (31 off 20 balls) and Pandey brought the visitors back.

Sunrisers Hyderabad bowlers dished out a clinical performance to restrict Mumbai Indians to 162 for five.

A late cameo from Krunal Pandya (9 not out off 3 balls) ensured Mumbai at least crossed the 160-run mark.

Jasprit Bumrah IPL 2019 Mumbai Indians vs Sunrisers Hyderabad, Match 51 Cricket
Get the latest updates on SA vs IND 2021-22, check out the Schedule and Live Score . Like us on Facebook or follow us on Twitter for more sports updates. You can also download the NDTV Cricket app for Android or iOS.