KKR batsmen fired on all cylinders to post the season's highest total 232/2, after sensational knocks from Shubman Gill and Andre Russell. 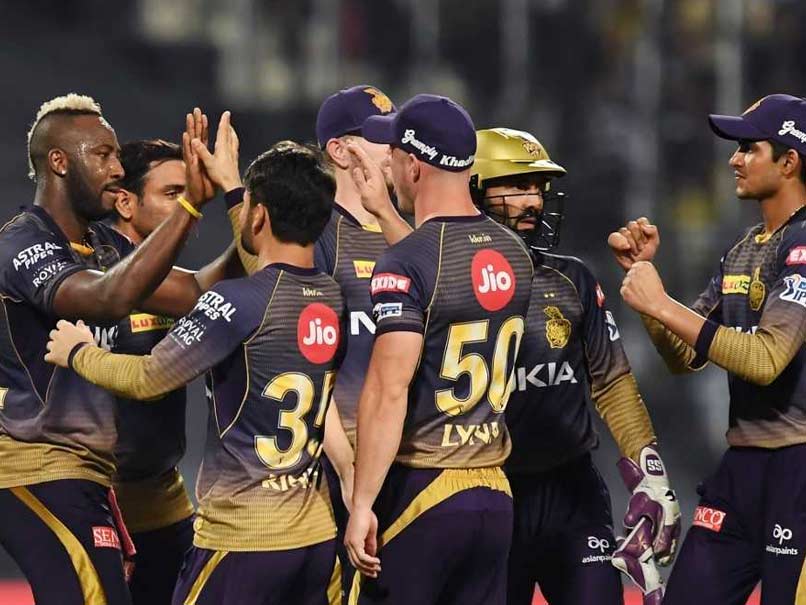 Kolkata Knight Riders snapped their six-match losing streak with a 34-run win over Mumbai Indians in a high-scoring IPL game that saw brutal stroke play from power-hitters of both teams. Kolkata Knight Riders batsmen fired on all cylinders to post the season's highest total, 232 for two, after sensational knocks from Shubman Gill (75 off 45) and Andre Russell (80 not out off 40). At 58 for four, Mumbai were down and out but Hardik Pandya reignited their hopes with a breathtaking 91 off 34 balls.

In the end, Pandya's dismissal in the 18th over sealed the game in KKR's favour as Mumbai ended at 198 for seven. The Indian all-rounder's cracking innings comprised nine sixes and six fours. The much needed win keeps KKR alive in the tournament as they now have 10 points from 12 matches. Mumbai remain in third spot with 14 points from 12 games.

Staring at elimination, the embattled KKR got off to a fiery start with Shubman Gill (76) and Chris Lynn (54) putting on a 96-run opening stand, their highest this season, after Rohit Sharma opted to bowl in his 100th match as captain.

Russell, KKR's biggest impact player of the season, was finally seen higher up the order at No 3. The West Indies power-hitter ensured that KKR finished on a high with an unbeaten effort.

Russell hammered six fours and eight sixes including one off the last ball after he denied a couple of singles to skipperDinesh Karthik in the last over as KKR creamed 75 runs from the last five overs and scored 135 in the final 10.

Fielding let down Mumbai Indians big time with both Lynn and Russell dropped early in their innings by Kieron Pollard and Evin Lewis respectively.

The top-order batting was all about the sheer class of the 19-year-old Gill, who showed why he is billed as the future star of Indian cricket.

Gill smashed six fours and four sixes en route to his second half-century of the season and forged a crucial stand with Russell. The duo shared 62 runs from 35 balls of which Gill had a share of 34, while Russell scored 24.

Gill was at his best against Rahul Chahar and three of his four sixes came against the leg-spinner.

Such was the sheer class of Gill that Russell was glad to play second fiddle and was six off 12 balls after being dropped on one. On a belter of a track, KKR openers got off to a sensational start and survived the powerplay without losing a wicket for their highest opening stand -- 96 -- this season. Slow to start with, Lynn was 18 off 15 balls when Kieron Pollard spilled a chance from the Aussie at mid-off.

Lynn took off from there on, hammering the spin duo of Krunal Pandya and Chahar to race to his fourth IPL fifty this season off just 27 balls.

Eden Gardens Cricket
Get the latest updates on ICC T20 Worldcup 2022 and CWG 2022 check out the Schedule, Live Score and Medals Tally. Like us on Facebook or follow us on Twitter for more sports updates. You can also download the NDTV Cricket app for Android or iOS.