Chahal, who played 13 matches for RCB last season, recently, was not retained by the franchisee for the IPL 2018. 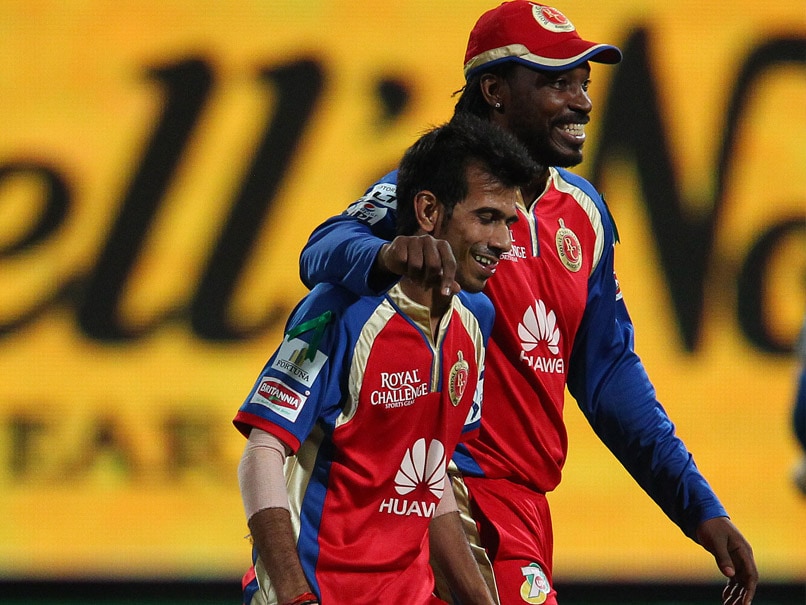 Leg-spinner Yuzvendra Chahal, who is training in Bangalore ahead of the limited-overs series against South Africa starting February 1, on Tuesday took to Instagram and posted a video from his gym session. Chahal, who has been trolled in the past for being too skinny, gave his former RCB team-mates a chance to reunite with the help of the video.

It was South Africa spinner and Chahal's RCB teammate Tabraiz Shamsi who commented on his video first.

Chahal took seconds to reply to Shamsi's comments and wrote: "I lift heavier than @chrisgayle333. This is my warm up set @shamsi90."

Gayle also joined the conversation and came up with a funny reply.

After Gayle and Shami, India's fielding coach also joined the conversation and wrote: "The dumbbells seem too light for your strength!! Add a few kgs mate...."

Chahal, who played 13 matches for RCB last season, recently, was not retained by RCB for the IPL 2018.

Chahal was the second-highest wicket-taker for RCB in the 2016 season with 21 wickets.

Comments
Topics mentioned in this article
Royal Challengers Bangalore Tabraiz Shamsi Chris Gayle Yuzvendra Chahal Virat Kohli AB de Villiers Sarfaraz Khan Indian Premier League 2018 Cricket
Get the latest updates on ICC T20 Worldcup 2022 and CWG 2022 check out the Schedule, Live Score and Medals Tally. Like us on Facebook or follow us on Twitter for more sports updates. You can also download the NDTV Cricket app for Android or iOS.