Virat Kohli Injured, Not To Play For Surrey; Fitness Test On June 15

The International Cricket Council tweeted that Virat Kohli would undergo a fitness test on June 15 of the Ireland and England series. 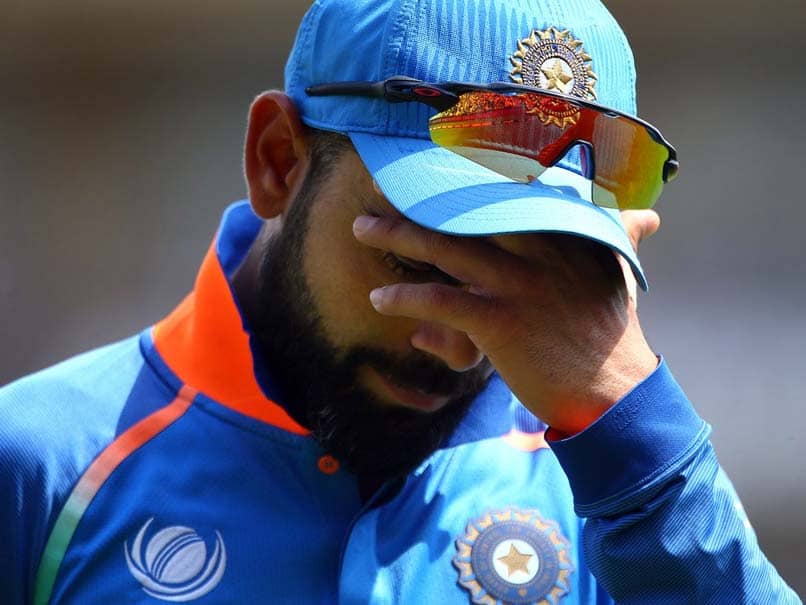 Virat Kohli will not be playing for English County team Surrey.© ICC

He will undertake a fitness Test on 15th June, and is expected to be fit for India's tours of Ireland and England. pic.twitter.com/923ubTK7se

Meanwhile, the Board of Control for Cricket in India (BCCI) in a statement said: "Team India Captain Mr Virat Kohli suffered a neck injury while fielding during Match 51 of the VIVO IPL between Royal Challengers Bangalore and Sunrisers Hyderabad on 17th May 2018 at M. Chinnaswamy Stadium, Bengaluru."

Mr Kohli, who was scheduled to play for Surrey CCC in the month of June, has been ruled out from participating. This decision was taken following assessments by the BCCI Medical team, subsequent scans, and a specialist visit. The Team India captain will now undergo a period of rehabilitation under the supervision of the BCCI Medical team," BCCI release said.

"He will begin training and subsequently undergo a fitness test at the NCA in Bengaluru from June 15. The BCCI Medical Team is confident that Mr Kohli will regain full fitness ahead of India's upcoming tours to Ireland and England," it said.

Kohli had signed the deal with Surrey in his bid to prepare for a long England tour, starting in July.

Kohli, who led Royal Challengers Bangalore in 2018 Indian Premier League, was his team's highest run-getter. The captain scored 530 runs in 14 matches at an average of 48.18.

Comments
Topics mentioned in this article
India Cricket Team Royal Challengers Bangalore Virat Kohli Indian Premier League 2018 Cricket
Get the latest updates on IPL 2020, check out the IPL Schedule for 2020 and Indian Premier League (IPL) Cricket live score . Like us on Facebook or follow us on Twitter for more sports updates. You can also download the NDTV Cricket app for Android or iOS.