IPL Player Auction 2018: Excited To Be Back With Rajasthan Royals, Says Sanju Samson 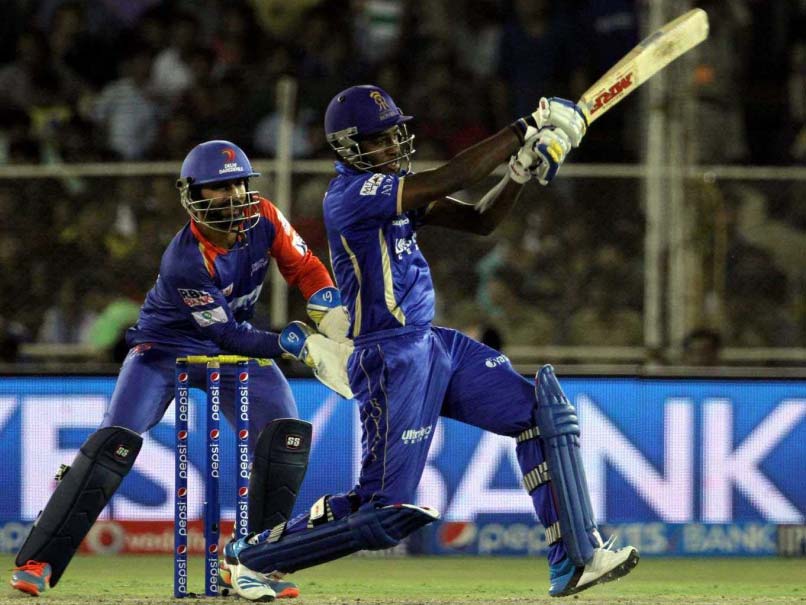 Sanju Samson on Saturday expressed happiness on returning to Indian Premier League (IPL) franchise Rajasthan Royals after a two-year gap. Rajasthan bought him for Rs. 8 Crore after a bidding war with Mumbai Indians. "The biggest excitement is that I am going back to RR, which is where everything for me began a few years back," the Kerala wicket-keeper batsman said. "Also, I am happy that a very big team like Mumbai Indians also bid for me. But the real happiness is I am back to the dressing room of Royals and am waiting to meet up with (Ajinkya) Rahane," Samson added.

Samson played for Delhi Daredevils in the previous two IPL seasons after Royals was suspended from the IPL.

He said there is nothing a player can do about the auction as a player cannot rate oneself.

"Maybe I got this rate because in the ongoing season I did well in the domestic season . I am even more happy as RR has the same team management and it's exciting to play alongside Australian captain Steve Smith and Stuart Binny who are all former Royals," added Samson.

Samson also pointed out that it's not just the IPL that he is aiming and his final destination is to get back to the Indian team. He said he owes his success to the constant motivation that he receives from his friends, well wishers from here.

"Every time I go out, people come and tell me that they are always praying for me and my success and that's the real motivation in me to do well," added Samson.

Comments
Topics mentioned in this article
India Cricket Team Sanju Samson Rajasthan Royals Delhi Daredevils Indian Premier League 2018 Cricket
Get the latest updates on IPL 2020, check out the IPL Schedule for 2020 and Indian Premier League (IPL) Cricket live score . Like us on Facebook or follow us on Twitter for more sports updates. You can also download the NDTV Cricket app for Android or iOS.