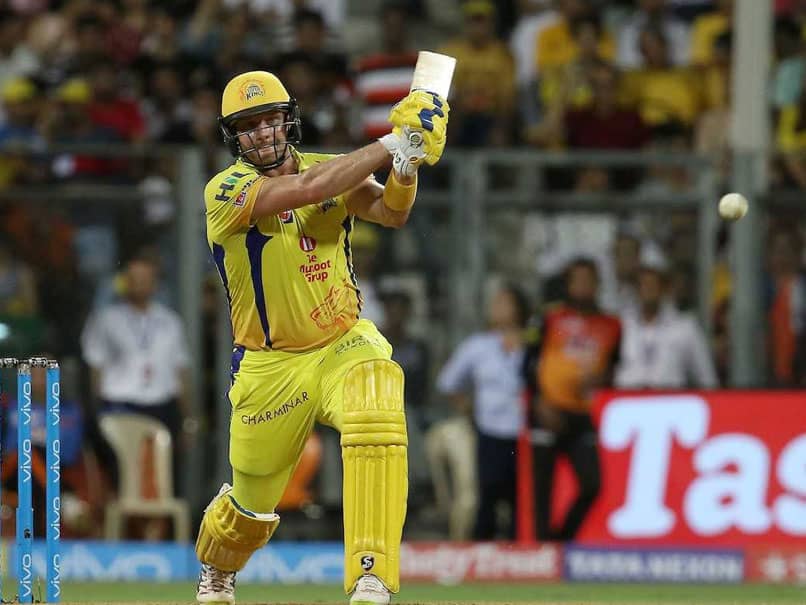 Shane Watson's unbeaten 117 helped Chennai Super Kings (CSK) clinch the 2018 Indian Premier League (IPL) title after an 8-wicket win over SunRisers Hyderabad (SRH) at the Wankhede Stadium in Mumbai on Sunday. Chasing 179 runs, Chennai didn't get the start they wanted as Faf Du Plessis departed early for 10 runs. Bhuvneshwar Kumar (0/17) bowled a fiery spell in the powerplay and put SunRisers on top during that period. After Du Plessis' dismissal, Watson took over the batting responsibilities and hammered the SRH bowlers all over the park. After taking ten dliveries to open his account, Watson looked unstoppable and reached his century in only 51 balls hitting 7 fours and 8 sixes. Suresh Raina (32) chipped in with a crucial knock but it was Watson who stole the show and helped his team win their third IPL title. Barring Rashid Khan and Bhuvneshwar, all other SRH bowlers were expensive with an economy of over 10 runs per over. (SCORECARD)

Earlier, Kane Williamson (47) and Yusuf Pathan (45*) helped Hyderabad post a competitive total of 178/6 against Chennai in the IPL final at the Wankhede Stadium. After being put into bat by Chennai captain MS Dhoni, SRH openers Shikhar Dhawan and Shreevats Goswami were off to a cautious start. Goswami was trying to settle in but he was run out after a horrible mix up in the 2nd over itself and was dismissed for 5 runs. Dhawan looked in fine touch for his 25 but a superb delivery by Ravindra Jadeja foxed the opener and he was clean bowled by him in the 9th over. Williamson continued to hit the balls after settling in. He hits 5 fours and 2 sixes to give SRH some control of the game and forged a decent partnership with Shakib Al Hasan (23) in the middle overs. He was eventually dismissed for 47 runs in the 13th over. Pathan played some ferocious shots laced with 4 fours and 2 sixes as he remained unbeaten on 45 runs off 25 balls. Carlos Brathwaite scored a quickfire 11-ball 21 runs in the end to help his team reach 178. Lungi Ngidi yet again starred with the ball for Chennai returning with figures of 1/26 in his four overs.