Steve Smith was barred from IPL 11 after the ball-tampering episode in Cape Town. 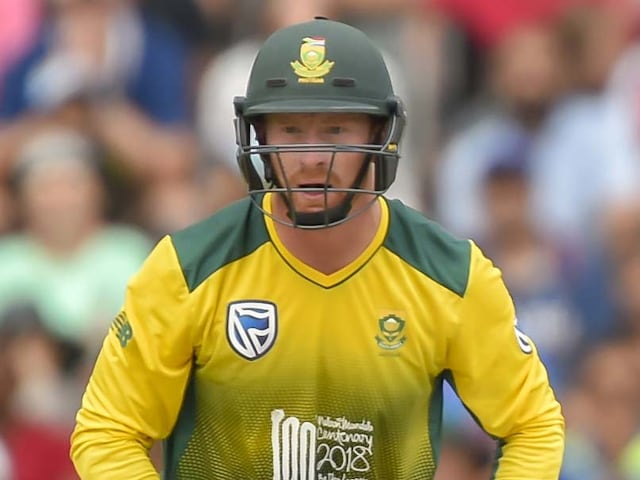 South Africa's Heinrich Klaasen will replace Steve Smith in the Rajasthan Royals' squad for the 11th edition of the Indian Premier League (IPL). Smith was given a one-year ban by Cricket Australia following his involvement in the ball-tampering scandal that rocked Australian cricket. As per a Board of Control for Cricket in India (BCCI) media release, Klaasen was picked for Rs. 50 lakh for IPL 2018.

"The Rajasthan Royals have picked Heinrich Klaasen as the replacement for Steve Smith. The wicket-keeper batsman was picked for INR 50 lakh from the Registered and Available Player Pool (RAPP) list", a BCCI release said.

"The 26-year-old Klaasen recently made his international debut against India in 50-over format and picked up the Man of the Match award in his second ODI. He then made his debut in the shortest format of the game in the following three-match T20I series," the release said.

The wicket-keeper batman has played four ODIs for South Africa, scoring 110 runs at an average of 36.66.

Klaasen has also played three T20Is for his country and scored 92 runs at an average of 30.66.

India's top-order batsman Ajinkya Rahane was named Smith's replacement to lead the 2008 IPL winners. The Rajasthan outfit handed over the captaincy to Smith in February, following the mega IPL auction. Smith was a part of the Rajasthan Royals in 2014 and 2015 and was the only player retained by the franchise in 2018.

Rajasthan Royals will be making a comeback in this year's IPL after they were suspended in 2015 for two years owing to betting allegations.