Rashid Khan bowled a sensational spell of leg-spin, which also most won the SRH vs CSK IPL 2018 Playoff match for his side. 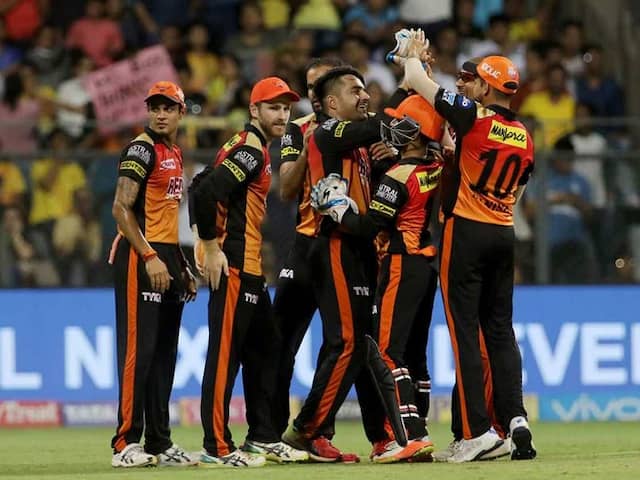 SunRisers Hyderabad players wore black armbands during the Indian Premier League (IPL) 2018 Playoffs, Qualifier 1, clash against Chennai Super Kings at the Wankhede Stadium in Mumbai on Tuesday. The Kane Williamson-led side wore armbands in memory of those who lost their lives in an incident in Nangarhar province, Afghanistan. This gesture from the 2016 IPL champions SunRisers Hyderabad was also a mark of respect for their star spinner Rashid Khan, who hails from Afghanistan. The Afghanistan Cricket Board (ACB) also took to Twitter and thanked the Hyderabad outfit for their gesture. "Thank you to @SunRisers for showing sympathy towards the victims of the tragic incident in Nangarhar province by wearing black arm bands in today's match," the Afghan board wrote on its Twitter handle.

Thank you to @SunRisers for showing sympathy towards the victims of the tragic incident in Nangarhar province by wearing black arm bands in today's match.

Rashid has played 15 matches in the tournament so far and claimed 18 wickets. Chennai Super Kings defeated SunRisers Hyderabad by two wickets in the first qualifier to enter the final of the IPL 2018. Needing 140 runs to win, CSK chased down the target with five balls to spare. CSK have reached the final seven times in the nine seasons they have competed in the IPL. They had missed out on the previous two seasons as they were banned following the spot fixing and betting scandal. SRH will now face the winner of the Eliminator match between Kolkata Knight Riders and Rajasthan Royals in Qualifier 2 on May 25. The Qualifier 2 will be played at Kolkata's Eden Gardens.