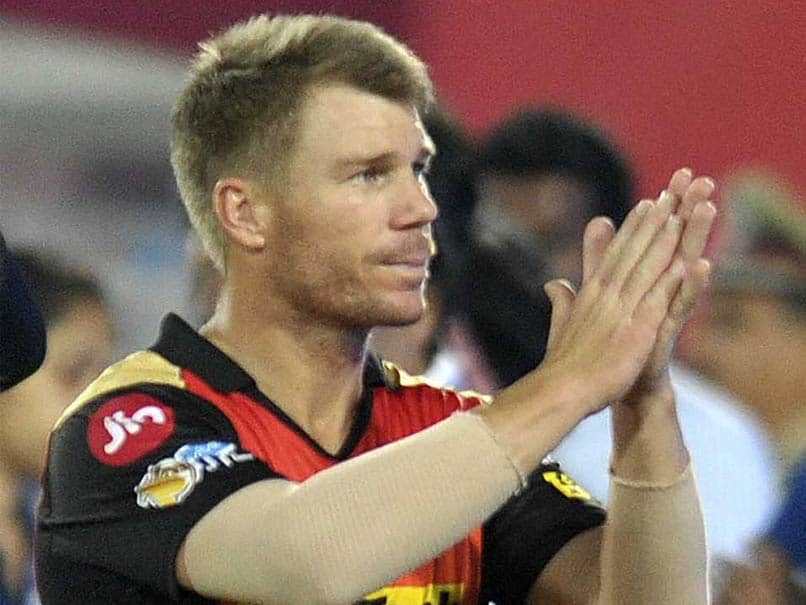 Former SunRisers Hyderabad (SRH) captain David Warner, who has been out of the Indian Premier League (IPL) 2018 following his one-year ban after the ball-tampering episode in South Africa, sent a good luck tweet to his franchise ahead of their IPL 2018 Playoffs, Qualifier 1, to be played in Wankhede Stadium in Mumbai later on Tuesday. "Good luck to @SunRisers tonight, keep playing well gentlemen. Been simply outstanding and being well lead by The great man himself Kane," Warner's tweet read, referring to Kane Williamson, who was named SRH skipper in Warner's place and has done a great job of leading his side to the Playoffs.

Warner, along with Australian skipper Steve Smith were on March 28 banned from cricket for 12 months over the ball-tampering scandal that has rocked the sport.

Warner, who was the vice-captain of the Australian team, will not be considered ever for the leadership role of the national team, Smith and opening batsman Cameron Bancroft would not be picked for captaincy until a minimum of 12 months after the end of their suspensions, Cricket Australia (CA) said in a statement.

Warner and Smith were also banned from leading SunRisers Hyderabad and Rajasthan Royals respectively in IPL 2018. Warner's job was given to Williamson while Ajinkya Rahane took over from Smith.

Coincidentally, both the teams have qualified for the IPL 2018 Playoffs.

Comments
Topics mentioned in this article
Sunrisers Hyderabad Chennai Super Kings Sunrisers Hyderabad vs Chennai Super Kings, Qualifier 1 David Warner MS Dhoni Kane Williamson Indian Premier League 2018 Cricket
Get the latest updates on India vs Australia Series, check out the India vs Australia Schedule for 2020-21 and Ind vs Aus live score . Like us on Facebook or follow us on Twitter for more sports updates. You can also download the NDTV Cricket app for Android or iOS.