IPL 2018 Matches Moved Out Of Chennai, Fan Says 'Worse Than A Break-up' 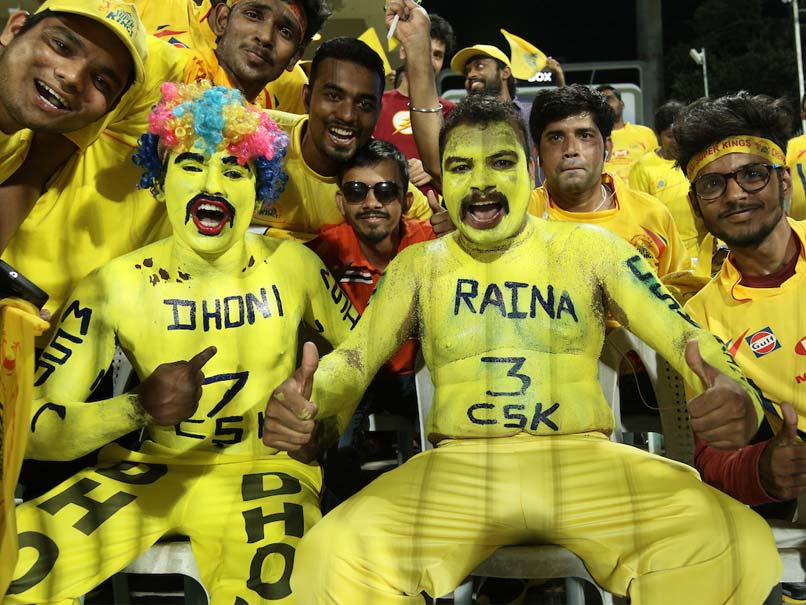 All six Indian Premier League (IPL) home matches of Chennai Super Kings (CSK) have been shifted out of the city and moved to Pune in view of massive protests by Cauvery activists. "The matches had to be shifted out of Chennai as police had said that they were unable to provide security in the prevailing situation. CSK is not averse to shifting base to Pune," IPL Chairman Rajv Shukla told PTI. CSK played their first match at home almost after two years, which they won by five wickets. But, the decision to move the matches out of Chepauk has certainly made the fans upset.

I don't think I will be seeing @msdhoni Playing match at CHEPAUK ever again !! This is worst than a breakup :/ ! #NoIPLInChennai #ChennaiSuperKings @ChennaiIPL ??????????

What's the point of stopping the match. Do cavery issues will stop. No sense totally.

Next year most likely it will be election time so again no matches !!

You know na his love for chennai. Even if he have to wait for 2 more years he'll surely come back to the den.

Extremely sad that #IPL matches not happening in Chennai. #CSK & Cricket in Chepauk is an emotion. For so many. Miss you #Amma. More n More.

#Chennai Ticket sales for #CSK's next home game has been postponed. A venue shift seems imminent. Could be a while before CSK comes back to Chepauk. 2019 is general election year. #IPL2018

#no more ipl matches in chennai...maybe shift to cochin

#Pune people have to be the happiest bunch. The sea of yellow shifts here after @ChennaiIPL games shift from #Chennai. #WhistlePodu #CSK

Political parties and fringe groups have demanded that all the IPL matches scheduled to be held in Chennai, be cancelled till the centre forms the Cauvery Water Management Board. The centre, they say, is playing politics over the issue and a blanket cancellation, they expect, will drive the message home. One group -- Tamizhaga Vazhvurimai Katchi or TVK -- even threatened to release live snakes into the stadium if no cancellation happened.

On Wednesday, thousands of activists descended on Anna Salai, the arterial road near the Chepauk Stadium, asking fans to boycott the cricket match between Chennai Super Kings and Kolkata Knight Riders.According to information received, CSK CEO Kashi Vishwanathan spoke to police authorities and tried to take a stock of the situation.

Comments
Topics mentioned in this article
Chennai Super Kings MS Dhoni MA Chidambaram Stadium, Chennai Indian Premier League 2018 Cricket
Get the latest updates on IPL 2020, check out the IPL Schedule for 2020 and Indian Premier League (IPL) Cricket live score . Like us on Facebook or follow us on Twitter for more sports updates. You can also download the NDTV Cricket app for Android or iOS.