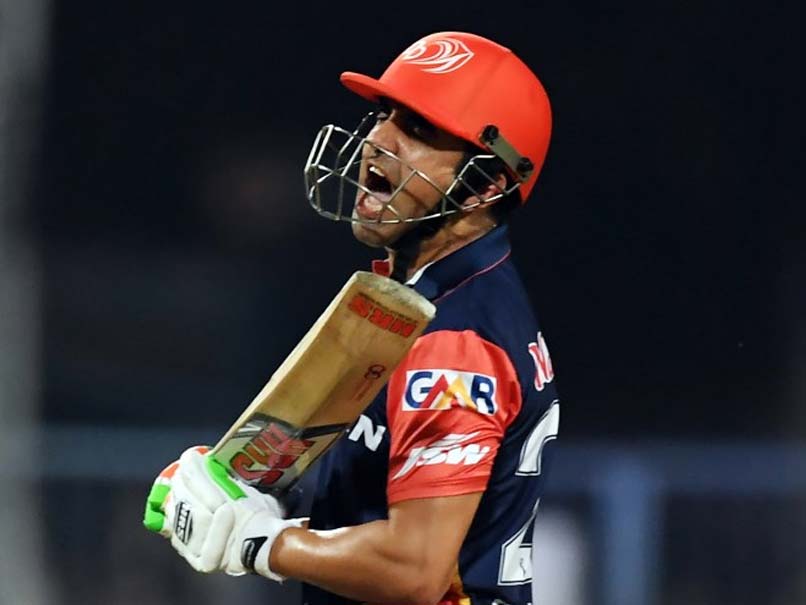 Gautam Gambhir has stepped down as Delhi Daredevils captain for the rest of the Indian Premier League (IPL) 2018 season, the franchise announced on Wednesday. Shreyas Iyer has replaced him with immediate effect. "It was my decision. I haven't contributed enough to the team. I had to take the responsibility being the leader of the ship. I feel it was the right time," Gambhir said in a press conference. "I take full responsibility for the position we are in. And looking at the position, I have decided to step down as captain. Shreyas Iyer will take over. I still feel we have the team to turn things around this," he added.

True, that I've stepped down from DD captaincy. Just to clarify it was my call, nothing from the management or coaching staff. I may not be leading from the front but I will be the last man standing for @DelhiDaredevils. No individual bigger than d team. Very much a #DilDIlli

"I want to thank the management and my coaches for appointing me as the captain of the team. It is a great honour for me," Iyer said after being appointed the new captain of Delhi Daredevils.

.@GautamGambhir steps down as captain of DD.

Shreyas Iyer will be taking over the reigns as captain!

With just one win in six matches, Delhi Daredevils are languishing at the bottom of the IPL 2018 Points Table. Gautam Gambhir has scored 85 runs in the season with an average of 17 and the strike rate of 96.59.

Dear All continuing where, I left yesterday this decision by @GautamGambhir to step down as #Captain for betterment of the team is legendary. Only the brave can take call like this! Deserves full respect for this decision a first in #India cricket. #TeambeforeIndividual #Respect

Gautam Gambhir led KKR to two victorious campaigns in 2012 and 2014. However, the franchise released him ahead of this year's auction and didn't bid for him either.

Gambhir was KKR's leading run-getter with 3345 runs in 122 matches.

Comments
Topics mentioned in this article
Delhi Daredevils Indian Premier League 2018 Gautam Gambhir Shreyas Iyer Cricket
Get the latest updates on IPL 2020, check out the IPL Schedule for 2020 and Indian Premier League (IPL) Cricket live score . Like us on Facebook or follow us on Twitter for more sports updates. You can also download the NDTV Cricket app for Android or iOS.