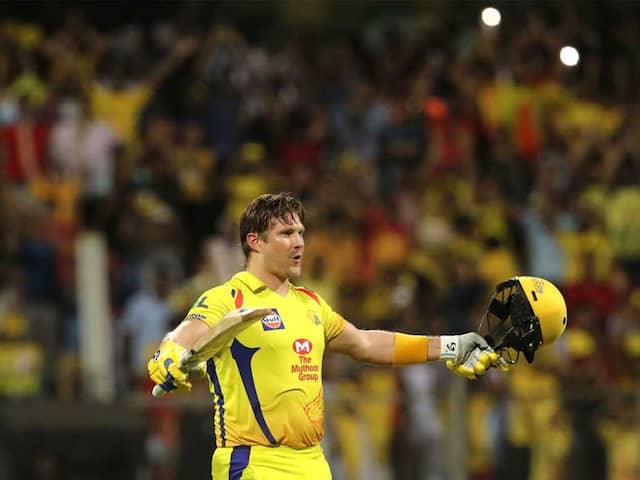 Shane Watson played a match-winning knock of 117 not out to guide Chennai Super Kimgs (CSK) to their third Indian Premier League (IPL) title after an 8-wicket win over SunRisers Hyderabad in the final on Sunday. Watson credited his team coach Stephen Fleming and captain MS Dhoni. Speaking after the match, Watson said, "Throughout the back end of the tournament I was hanging on for dear life, Stephen Fleming and MS Dhoni have been looking after me really well and I am really glad to contribute like I did tonight."

"It's been a special season to be honest. To get a special season especially after the last season with RCB. It means a lot to be with a franchise like CSK. After those first ten balls I was only hoping to catch up to at least a run-a-ball", he added.

"Bhuvi is really good with the new ball and was lucky to get the opportunity to catch up. It was good that I got a couple of boundaries to hit and get on par to take it from there", he said.

"The good thing is that I wouldn't be playing for the next three-four months; feels great. It gives me plenty of time to recover", he added.

Watson looked unstoppable with the bat in Chennai's run chase. After a slow start, Watson began hammering the SRH bowlers all over the park. His innings was laced with 11 fours and 8 sixes.

This was Chennai Super Kings third IPL title -- all coming under the captaincy of Dhoni.