"I Don't Ride All My Bikes At A Time": MS Dhoni On Under-Using Harbhajan Singh

MS Dhoni justified his decision to often under-bowl Harbhajan Singh in the tournament. 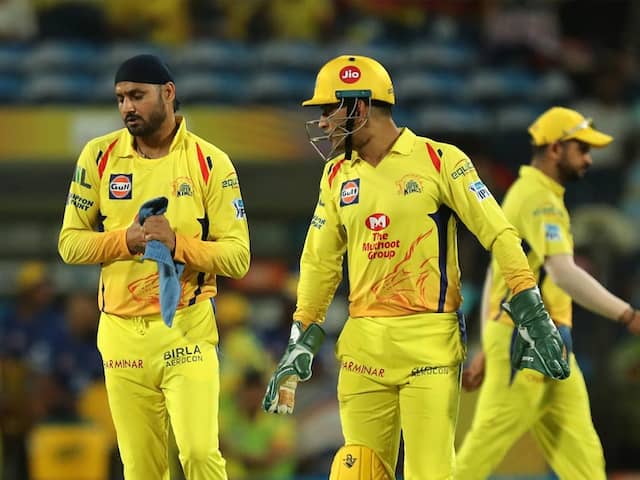 Dhoni justified his decision to often under-bowl Harbhajan in the tournament.© BCCI

Chennai Super Kings captain Mahendra Singh Dhoni admitted that the age-group was "definitely a concern" for the team that is on the verge of winning its third Indian Premier League (IPL) title. The IPL 2018 has finally reached its climax as two-time champions Chennai Super Kings and Sunrisers Hyderabad (SRH) will face-off in the summit clash of the 11th season of the cash-rich league at the Wankhede stadium on Sunday. "The age-group of the boys was definitely a concern, you had to keep them fit. We had to take care of the resources and to make sure that when we come to the business end of the tournament, the best 11 is available for selection," Dhoni said.

"I have a lot of cars and bikes in my house. I don't ride all at a time. A lot of times, especially when you have six to seven bowlers in the side, you want to see the conditions, you want to see who is batting and what is needed at that point of time. I see what is in best interest of the team," Dhoni said.

Harbhajan has played 13 matches out of the total 15 played by CSK and picked up seven wickets at an economy of 8.48.

What goes into @msdhoni mind before he chooses a particular bowler? The @ChennaiIPL captain offers a very interesting analogy. #VIVOIPL #Final #CSKvSRH pic.twitter.com/XEIEDdBEtH

"In the past, we had Negi and Jadeja, and I gave them different slots of bowling. And the unreal thing is that a lot of times the player gets criticised at times for what the batsman is doing. I always check what is the condition and what is in the best interest of the team then before deciding on the bowler as to who has the best chance to succeed over the bowler. Like in the last game I didn't feel it was necessary for him (Harbhajan) to bowl. But for Bhajji, he is really experienced when it comes to any format of the game," Dhoni said.

Comments
Topics mentioned in this article
Chennai Super Kings MS Dhoni Harbhajan Singh Sunrisers Hyderabad Indian Premier League 2018 Cricket
Get the latest Cricket news, check out the India cricket schedule, Cricket live score . Like us on Facebook or follow us on Twitter for more sports updates. You can also download the NDTV Cricket app for Android or iOS.