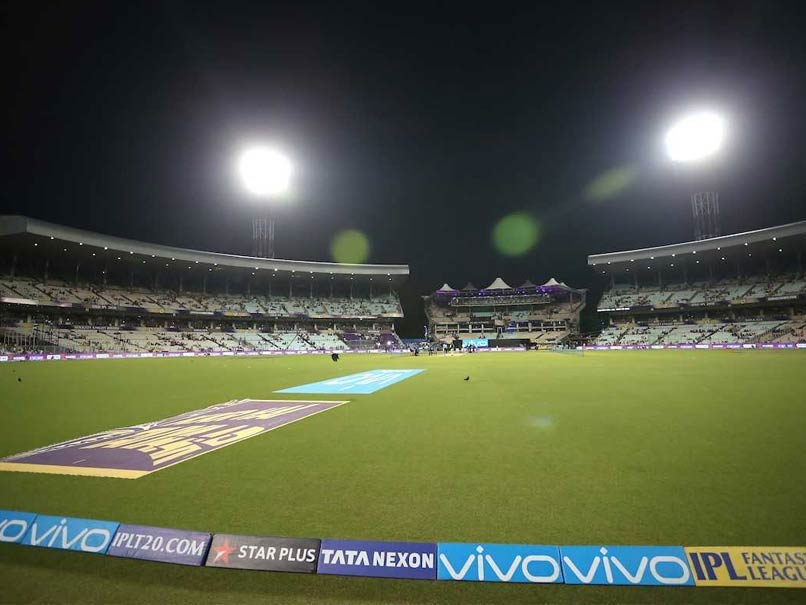 The Eden Garden hosted nine of the IPL 2018 matches© BCCI

The Eden Gardens cricket stadium in Kolkata is one of the most iconic stadiums in the world. And, former India captain Sourav Ganguly's tweet testifies the fact that Eden Gardens definitely is one of the most celebrated stadia. In a Tweet on May 25, Ganguly mentioned that Eden Gardens was awarded the best venue and ground of the Indian Premier League (IPL) 2018. "CAB GETS IPL HONOURS. The CAB is happy to inform that Eden Gardens has once again been awarded the best venue and ground of IPL 2018. The CAB takes this opportunity to thank all who have contributed to this success beginning with the ground staff, @bcci@icc," read Ganguly's Tweet.

The CAB is happy to inform that Eden Gardens has once again been awarded the best venue and ground of IPL 2018.

The CAB takes this opportunity to thank all who have contributed to this success beginning with the ground staff, @bcci@icc

Avishek Dalmiya, CAB joint secretary, also took to Facebook to express his happiness, "A Big thank you to all the members, staffs of the Association, groundsmen, volunteers, vendors, agencies and all others who were involved in the smooth conduct of the games. Special thanks to Government Agencies including Army, Police, Sports Department, PWD, Fire Department, KMC, Metro Railway and other all other Departments which ensured that matches here were a success."

"Thanks to BCCI and IPL wing for the extraordinary help and support. Have to mention the franchise for extending cooperation. It would be incomplete if I do not thank the media houses inclusive of Journalists and photographers for highlighting the stadium. Last but not the least, Eden Gardens is what it is because of the Cricket Loving people of the state, so many thanks to them for being such a great crowd. Lots of love and respect to you all!!," the post further read.

This IPL 2018, Eden Garden hosted nine of the IPL matches, including the Qualifier 2 and the eliminator.

Kolkata Knight Riders (KKR), the home team, who finished third on the IPL 2018 points table, defeated Rajasthan Royals in the Eliminator but crashed out of the tournament after a 13-run defeat at the hands of SunRisers Hyderabad.

Comments
Topics mentioned in this article
Kolkata Knight Riders Eden Gardens Cricket Sourav Ganguly Indian Premier League 2018
Get the latest updates on India vs Australia Series, check out the India vs Australia Schedule for 2020-21 and Ind vs Aus live score . Like us on Facebook or follow us on Twitter for more sports updates. You can also download the NDTV Cricket app for Android or iOS.