Rajasthan Royals confirmed that Steve Smith has stepped down as captain of the IPL franchise with Indian batsman Ajinkya Rahane taking over. 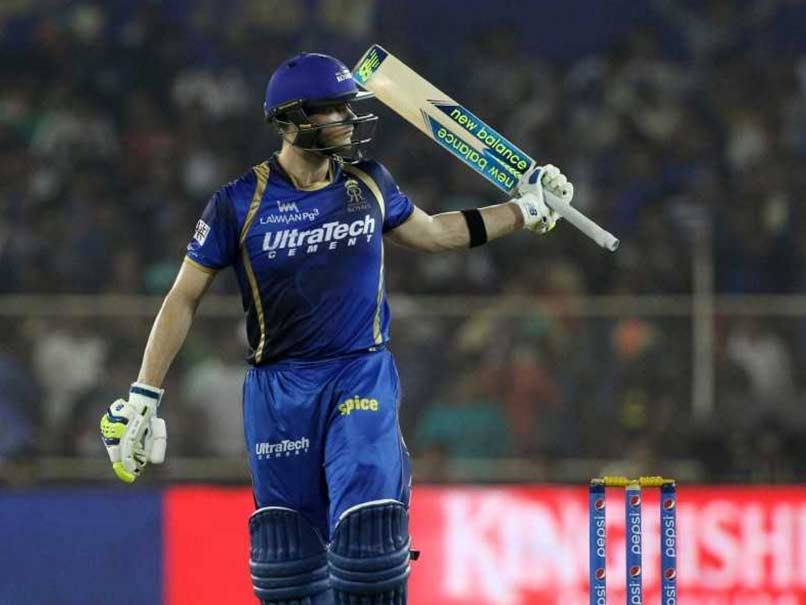 In the aftermath of the ball-tampering controversythat jolted Australian cricket during their third Test of the ongoing four-match Test series against South Africa, Steve Smith has stepped down as the captain of Indian Premier League (IPL) franchise Rajasthan Royals. India's top-order batsman Ajinkya Rahane has been named Smith's replacement to lead the 2008 IPL winners in the 11th edition of the tournament. Zubin Bharucha, a Rajasthan official said, "The incident in Cape Town has certainly disturbed the cricketing world. We have been in constant touch with the BCCI and taken their counsel. Furthermore, we have been in regular contact with Steve.”

Rajasthan Royals appoint @ajinkyarahane88 as the captain for #IPL2018

"The game is bigger than any individual and we hold this thought close to our heart."- Manoj Badale , the co-owner of Rajasthan Royals

"It's in the best interest of the Rajasthan Royals that he steps down as Captain so the team can get ready for the start of the IPL without the ongoing distractions.”

Speaking about Rajasthan's new captain, Bharucha added, “Ajinkya Rahane has been an integral part of the Royals family for a long time now and he understands the culture and values of our team. We have absolutely no doubt that he will be a great leader of the Rajasthan Royals.”

“Rajasthan Royals will do everything possible to protect the values and the integrity of the game. We agree with Steve’s decision to step down as captain, and we are fortunate to have such a capable successor with Ajinkya Rahane. It is important that all cricket fans retain a balanced perspective on the situation. What happened in South Africa was clearly wrong, especially given that it appears to have been pre-meditated. That said, this will be a difficult time for Steve as well, given how much he cares about the game.” said Manoj Badale, the co-owner of Rajasthan Royals

The Royals will be making a comeback in this year's IPL after they were suspended in 2015 for two years owing to betting allegations. They handed over the captaincy to Smith in February, following the mega IPL auction.

The Australian skipper had led the Rising Pune Supergiant to the final of the IPL in 2017, where they lost to eventual champions Mumbai Indians.

ICC, fined Smith's 100 percent match fee and handed him a one-Test ban, while, Cameron Bancroft got a 75 percent fine and three demerit points for ball-tampering incident.

Comments
Topics mentioned in this article
Rajasthan Royals Australia Cricket Team India Cricket Team Steven Smith Ajinkya Rahane Indian Premier League 2018 Cricket
Get the latest updates on IND vs NZ 2021, check out the Schedule and Live Score . Like us on Facebook or follow us on Twitter for more sports updates. You can also download the NDTV Cricket app for Android or iOS.