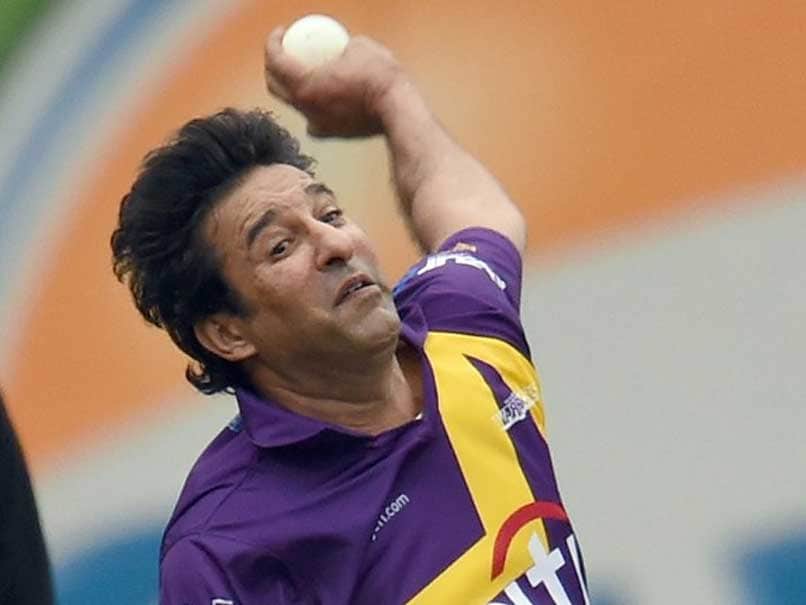 Wasim Akram will not be part of the Kolkata Knight Riders in 2017.© AFP

Kolkata Knight Riders (KKR) have announced that their bowling coach and mentor Wasim Akram will miss the 2017 season of the Indian Premier League (IPL).

The legendary pace bowler has cited professional commitments and time constraints for his inability to be part of KKR for the upcoming season.

"I have loved the camaraderie in KKR team and have enjoyed every opportunity to mentor the highly talented team over the years. I am surely going to miss being part of the dressing room but I wish the team continued success," said Akram.

KKR chief executive Venky Mysore said that his team will miss the services of Akram.

"We will miss Wasim Bhai who has been part of the KKR family over the last few years and has played a significant role in our title triumphs in 2012 and 2014. We wish him the very best in all his endeavours," said Mysore.

Wasim Akram played international cricket for Pakistan from 1984 to 2003. He took part in 104 Tests and 356 One-Day Internationals (ODI) during the period, also picking up a total of 916 international wickets.

Comments
Topics mentioned in this article
Cricket IPL 2017 Pakistan Cricket Team Kolkata Knight Riders Wasim Akram
Get the latest updates on IND vs NZ 2021, check out the Schedule and Live Score . Like us on Facebook or follow us on Twitter for more sports updates. You can also download the NDTV Cricket app for Android or iOS.