Kolkata Knight Riders are second on the table in 2016 Indian Premier League but they'll face a tough challenge against resurgent Kings XI Punjab, who defeated table toppers Gujarat Lions in their previous match. 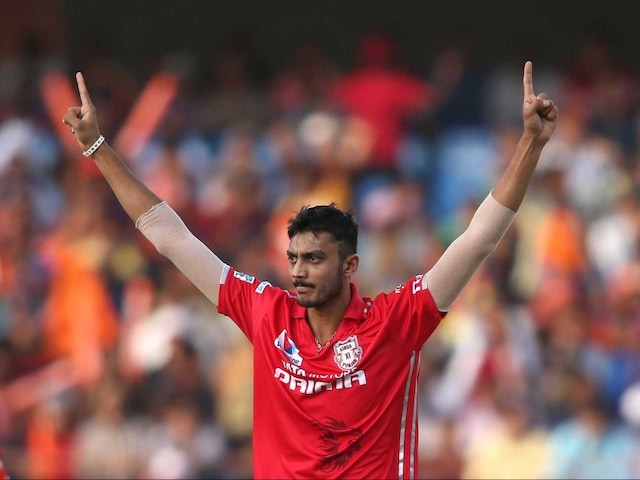 Fresh from his hat-trick effort vs Gujarat Lions, Axar Patel will look to contain the likes of Andre Russell and Yusuf Pathan on the Eden Gardens surface that traditionally assists the spinners.© BCCI

Kolkata Knight Riders come back to familiar home conditions but will be wary of Kings XI Punjab, who are showing signs of improvement under a newly-appointed skipper, when the two teams clash in an IPL match, on Wednesday.

Out on road for about three weeks, the two-time former champions KKR have played six of their seven away matches on the trot, winning four of them.

They are returning to Eden Gardens after a morale-boosting five-wicket win in Bangalore, engineered by Yusuf Pathan and Andre Russell's power hitting. They were staring at a third successive away loss with 81 needed from six overs but Russell flexed his muscles with a 24-ball 39.

A vintage Pathan also came to the party smashing bowlers into smithereens in his 29-ball 60 not out.

Their partnership came when the team needed it the most as their 96 from 44 balls sealed the win.

The win had seemed far-fetched after their trusted duo of Sunil Narine and Umesh Yadav leaked 101 runs from their quota of eight overs. The speedster was wayward at the death.

Yadav lost the plot completely in that 18th over, and ended up nervous for the rest of the spell as his last two overs cost 41 runs. But despite their domination Bangalore had to succumb to Russell-Pathan's heroics.

But despite their spectacular run, they cannot afford to sit back as they run into a side who're finally looking up fresh from their 23-run win against table toppers Gujarat Lions.

Having showed some urgency midway into the season, the team handed the captaincy to Murali Vijay, relieving David Miller of the extra burden, something that brought in some fresh air into the camp after they had lost five of their six matches this season.

Fresh from his hat-trick effort, Axar Patel will look to contain the likes of Russell and Pathan on a surface that traditionally aids the spinners.

Defending a modest 156, KXIP reduced Gujarat Lions to 57/6 with Patel (4/21) claiming four wickets in five balls, including the first hat-trick of the season, to pave the way for a 23-run win against table-toppers Gujarat Lions in Rajkot.

Their bowlers might have let them down on previous occasions but the new skipper Vijay backed them and kept on rotating them to unsettle the Lions rhythm. By the end of Powerplay, Vijay had used five bowlers.

"You cannot just try to go and do something out of the box. We need to manipulate what resources we have and get the best performance with them rather than telling we can all go and bowl four overs and get two wickets (each)," Vijay said after their win.