Dhawal Kulkarni Says Sticking to Basics Helped Him in IPL 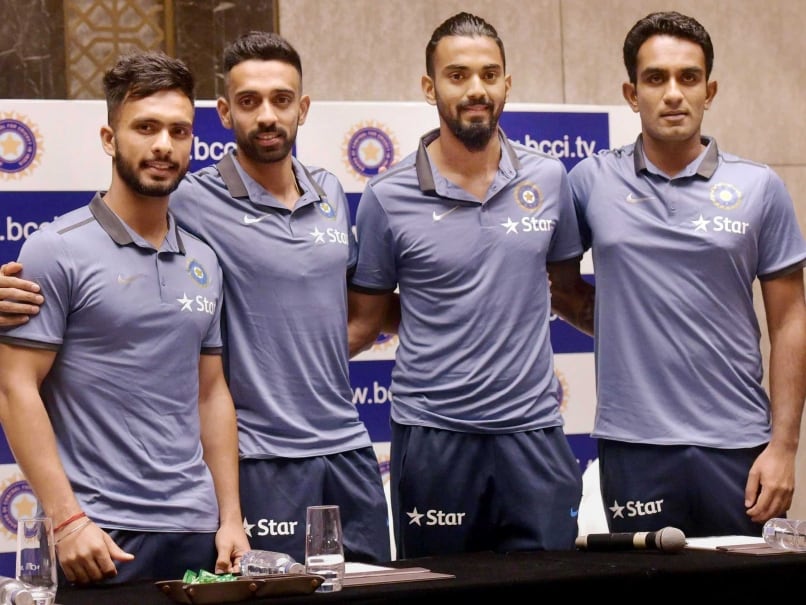 India pacer Dhawal Kulkarni said he was focused on bowling in the right areas and that helped him take 18 wickets in the recently concluded Indian Premier League.

"Everywhere you go and wherever you play, you have to stick to your basics and back your stock ball and my stock ball is to hit the right line and length and that's what I kept doing with the new ball. There has been a lot of practice behind that and that's what helped me in this IPL," said Kulkarni before leaving with the Indian team for the limited overs tour to Zimbabwe.

"The difference was the number of wickets that I got. I have been consistent, it's just that the hard work put in for my bowling paid off (in the IPL) and looking forward to the Zimbabwe tour," said the pacer who represented the Gujarat Lions in the IPL.

"This is a young team and energy levels are high. There are few experienced players, they are have played a lot of domestic cricket, so won't say they are inexperienced, this is a good team, players have performed well in the IPL and the confidence will be high," the pacer felt.

Asked about Zimbabwe as an opposition, Kulkarni said: "I feel you have to keep your mind clear and do not underestimate any opposition and perform no matter what the opposition is".

Also part of the ODI and T20 squad is bowling all-rounder Jayant Yadav, who played for Delhi Daredevils in the IPL.

India's young guns speaking to the media ahead of the Zimbabwe tour #ZIMvIND pic.twitter.com/hGYrfotKR7

"In the (IPL) I was given certain role in the team, a specific role of bowling with the new ball and I took it up as a challenge and it was basically playing on my strengths. I would like translate that into the Zimbabwe tour."

He is excited to play for India, like any newcomer would be.

"It's exciting to represent your country because when you start playing cricket that's what you want to do and play for a long time and I guess I would get to know when I play there," the Haryana off spinner opined.

Yadav said India legend and his coach at Daredevils Rahul Dravid asked him to make his own plans.

"Rahul bhai stresses on being your own coach as in making your own plans and then discussing those with the captain, making the captain aware about a particular batsman, wicket. It was more about making my own plan, that's what he stressed on and always said back your abilities in whatever situation you are and you will do it for the team," said Yadav.

Asked about upcoming tour being a tricky one for him, he said: "We are just exited to go on a tour with M S Dhoni. We will see when we land in Zimbabwe," he concluded.

Comments
Topics mentioned in this article
India Cricket Team Dhawal Kulkarni MS Dhoni Rahul Dravid IPL 9 Cricket
Get the latest updates on IPL Auction 2023 and check out  IPL 2023 and Live Cricket Score. Like us on Facebook or follow us on Twitter for more sports updates. You can also download the NDTV Cricket app for Android or iOS.