RCB skittled out for 119 in 19 overs chasing 138 against Kings XI Punjab on Friday. 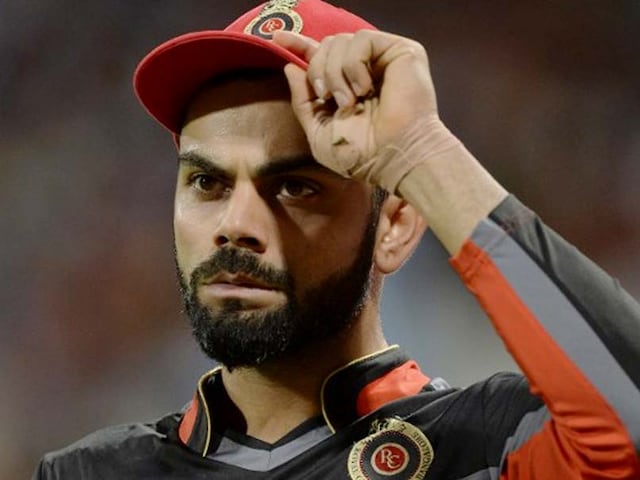 Royal Challengers Bangalore (RCB) captain Virat Kohli is not happy with his team's performance in the ongoing Indian Premier League (IPL) and says that he has not seen so many batting collapses in a single season. RCB, who have lost 9 games out of 12 in the season and placed at the bottom of the points table, are out of the tournament. A "disheartened" Kohli is finding his team's batting debacle inexplicable.

"We let ourselves down with the bat once again. I have not seen so many collapses for a team in one season. You don't really understand what to do in times like these," Kohli looked baffled at the post-match presentation ceremony.

"It's really disheartening. I don't know what to say in games like these anymore. It's happening many a times now for our liking. Anything we are trying with the bat is not working," he added.

Kohli failed to pinpoint one single reason for a failure. "The whole squad is trying to be positive but we are not finding a way to make a big score. Wickets are falling too quickly, I can't pinpoint anything, we are trying to be as positive as we can. Our preparations have been similar to what we did last year, but what matters is what you do on the field and this season has been against what we've wanted," Kohli said.

RCB skittled out for 119 in 19 overs chasing 138 against Kings XI Punjab on Friday. This was the lowest total defended by a team at the Chinnaswamy Stadium and also the first time in 10 editions that RCB has been bowled out four times.