IPL 2017: There Is A Responsibility Towards Franchise And Fans, Says Virat Kohli

A dejected RCB skipper Virat Kohli almost reminded his team that they have a responsibility towards the franchise and the fans. 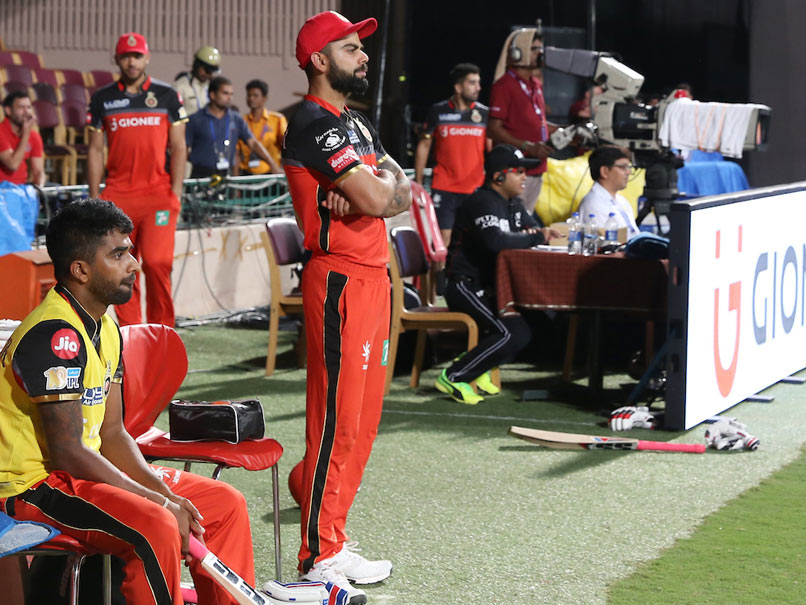 Royal Challenger Bangalore's poor run in the Indian Premier League continued as they lost their fourth match in the tournament after going down to Rising Pune Supergiant. Chasing a target of 162 to win, Bangalore could only manage 134 for 9 at the end of 20 overs as Pune won the match by 27 runs. A dejected RCB skipper Virat Kohli almost reminded his team that they have a responsibility towards the franchise and the fans.

"Last year, we had to win four out of four to qualify but that can't happen every time. As professional cricketers, you're playing for a franchise, you are playing in front of a lot of people, we can't keep doing this. Hopefully, we can turn things around and the players can take the responsibility."

Kohli said that they have to find a "winning formula" soon as they don't deserve to win with this kind of performance. RCB has now lost four out of their five games.

"If we play like this, we don't deserve to win. The last game, we fought hard. Today we let the game go away right in front of our eyes. We have a few things to address. We can't think we can sweep sides away at home," said Kohli at the post-match ceremony.

Comments
Topics mentioned in this article
Royal Challengers Bangalore Rising Pune Supergiant Virat Kohli M.Chinnaswamy Stadium, Bengaluru IPL 2017 Cricket
Get the latest updates on T20 World Cup, check out the T20 World Cup Schedule and Live Score . Like us on Facebook or follow us on Twitter for more sports updates. You can also download the NDTV Cricket app for Android or iOS.