Khejroliya didn't inform his parents, who thought he had moved to Ahmedabad to join a friend's transport business. In Delhi, he joined the LB Shastri club, which has produced cricketers like Gautam Gambhir, Nitish Rana and Unmukt Chand. 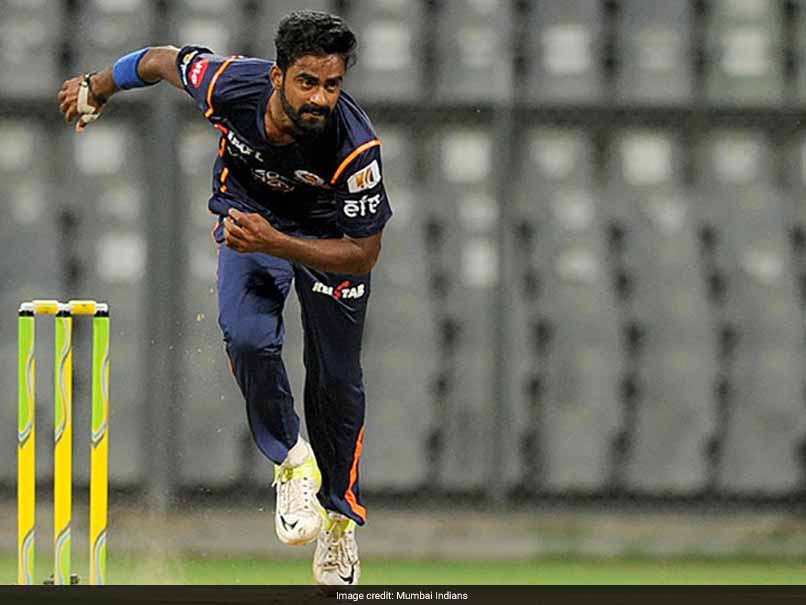 The Mumbai Indians squad comprises some of the biggest names in world cricket. The Rohit Sharma-led side has won the Indian Premier League on two occasions and is one of the most successful franchises in the cash-rich league. The Mumbai roster not only boasts of superstar cricketers but also consists of heavyweights as part of its support staff. From Mahela Jayawardene as coach to Sachin Tendulkar as mentor, MI have it all covered when it comes to cricket world's A-listers. When such big names are thrown into the mix, often the focus shifts away from the lesser known players. Kulwant Khejroliya is one such example.

Khejroliya, before taking to cricket only an year back, was working as a waiter a restaurant in Goa. He moved to Delhi to take up the sport professionally after a friend spotted the spark in him. Khejroliya didn't inform his parents, who thought he had moved to Ahmedabad to join a friend's transport business. In Delhi, he joined the LB Shastri club, which has produced cricketers like Gautam Gambhir, Nitish Rana and Unmukt Chand. It was here that Khejroliya found a mentor in coach Sanjay Bharadwaj, who not just helped him move into a hostel with other cricketers but also molded him into a fine left-arm pacer.

The 25-year-old left-handed pacer's services were acquired by MI at his base price of Rs 10 lakh in the 2017 auction. Khejroliya made his first-class debut, playing for Delhi, in the 2017 Vijay Hazare Trophy. Khejroliya is yet to play an IPL match this season.

Having finished on top of the table after the league stage, MI would have hoped to make it straight into the final, giving them vital days of rest while their opponents scrambled for the other final slot. However, they now need to get past KKR to enter the IPL final on May 21.

MI have historically always been one-up on KKR. In fact MI had pulled off their first win of IPL 10 against KKR at the Wankhede Stadium last month when they beat them by four wickets with just one ball to spare.

Comments
Topics mentioned in this article
Mumbai Indians Kulwant Khejroliya IPL 2017 Cricket
Get the latest updates on ICC T20 Worldcup 2022 and CWG 2022 check out the Schedule, Live Score and Medals Tally. Like us on Facebook or follow us on Twitter for more sports updates. You can also download the NDTV Cricket app for Android or iOS.