IPL 2017, Flop Shows: Hall Of Shame Of the Biggest Failures in Season 10

A look at the biggest failures in the 10th edition of the Indian Premier League. 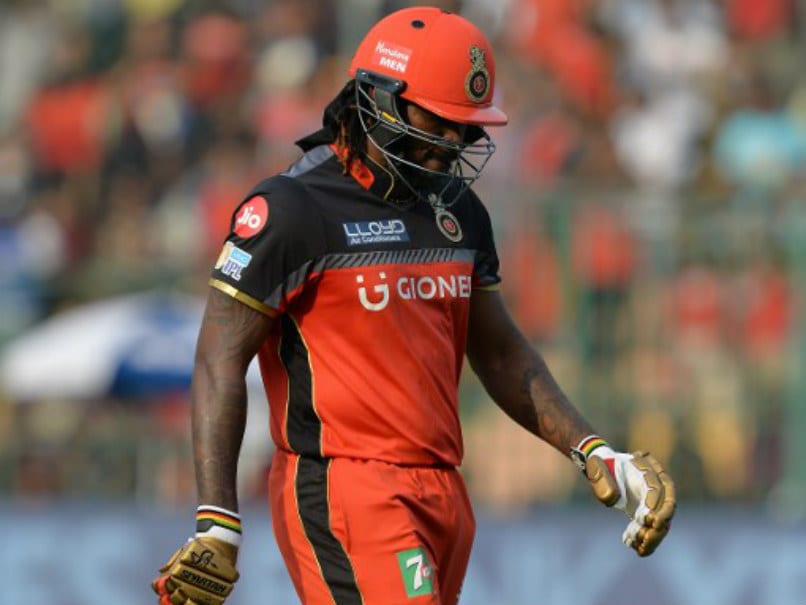 Gayle failed to live up to his reputation in this edition of the IPL.© BCCI

The Indian Premier League (IPL) ended another intense and long season. While the winners lap up the accolades, we look back at those who were expected to set Season 10 on fire but eventually ended up being damp squibs.

The big-hitting West Indian failed to live up to his reputation in this edition of the Indian Premier League (IPL). Gayle, who had in previously editions single-handedly won matches for Royal Challengers Bangalore, managed to make only 200 runs this time at a strike rate of 123 from nine games.

However, on a personal record front, he crossed the 10,000-run mark in T20 cricket, the first batsman to do so.

"Apologies to the fans. We all are hurt. It's amazing how they (fans) still come to stadium and support us. I hope to do better next year," Gayle said after his disappointing knock.

The South African superstar was a disappointment in IPL 2017. The run-machine scored only 216 runs in nine matches. A back injury forced De Villiers to miss the first two games and then in his first match he scored an unbeaten 89.

But since that big score, his bat failed to fire and he left India to be with his family ahead of the Champions Trophy with one match still left for RCB.

"A disappointing #IPL2017. Some tough lessons learnt that we take in to next year! Happy to be home with the family before the #CT17 in June," he tweeted.

The Australian all-rounder called this edition of the IPL the 'worst-ever'. Watson managed to score 71 runs at 11.83 from eight matches and contributed with the ball by bagging only five wickets.

Watto' has been associated with IPL since the beginning and has played crucial roles for his previous teams but this season has not gone according to plan.

"What I feel the worst about is letting the team down, especially being an all-rounder. That has been the most disappointing thing for me... because RCB have looked after me incredibly well over the last two years," Watson told Wisden India.

The lanky pacer was picked up as injured Murali Vijay's replacement by the Kings XI Punjab after he went unsold in the IPL auction because of a high base price. However, Ishant failed to show his true game in the six matches he played for the KXIP.

Not only did he fail to take a single wicket, he gave away 179 runs in the 18 overs he bowled. Due to a dip in form, India's most-experienced Test bowler failed to cement his spot in the India squad for the upcoming ICC Champions Trophy.

The Gujarat Lions all-rounder struggled to give his best in this IPL. It came as a bit of surprise because of his stellar performance in the recent Test series against Australia at home where he was the Man of the series. He ended the tournament with 158 runs from 12 matches (39.50 ave).

In the bowling department, Jadeja managed to pick up only five wickets and conceded 349 runs in 38 overs with an economy of 9.18. His issues with his spinning finger that caused him to miss early IPL action didn't help matters either.