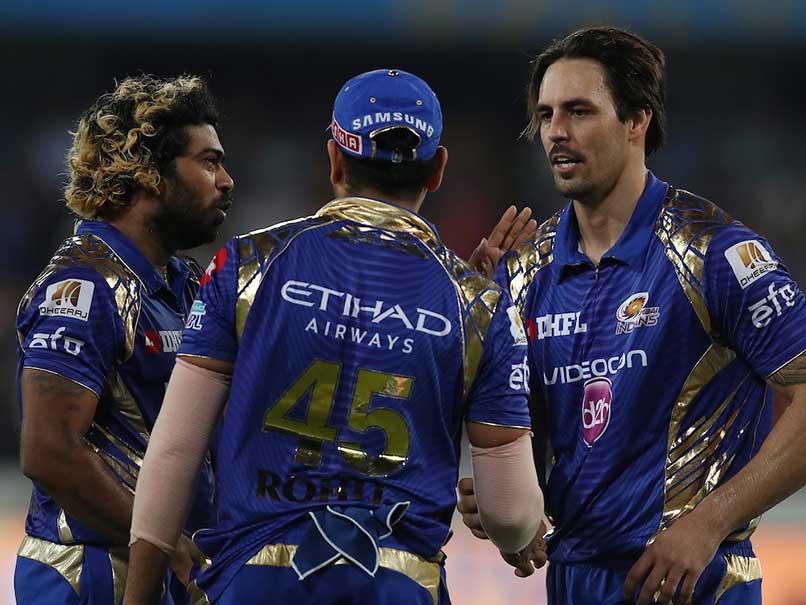 After guiding Mumbai Indians (MI) to their third Indian Premier League (IPL) title, captain Rohit Sharma hailed veteran paceman Mitchell Johnson, who took key wickets in team's triumph over Rising Pune Supergiant (RPS) on Sunday. Sharma also revealed the strategy he plotted with Johnson to stop the RPS skipper Steve Smith, who has been in top form in the cash-rich league, in the title clash.

RPS, who needed 11 to win off the final over, buckled as Johnson snagged two successive wickets, including a dangerous Smith on 51.

"We just wanted to make it difficult by not giving him (Smith) pace. What we saw, he was trying to use the pace of bowlers. That's something me and Johnson discussed," Sharma said after the title win.

"He (Johnson) was bowling against the wind. So, we wanted Smith to hit into the wind. That will make it difficult for him," Sharma said.

Johnson, who retired from international cricket in 2015, was not first choice for Mumbai's playing XI but an injury to Mitchell McClenaghan saw him star in the final two matches.

The Australian, who played a key role in MI's 2013 IPL triumph, only played five games this season, picking up 7 wickets.

But despite playing limited games, Johnson also played a role behind the scenes.

"To have him throughout the season is fantastic. He's been talking to younger bowlers, sharing his experience, all those things have helped our youngsters," said Sharma.

Sharma termed all three title victories as special and said getting the right combination is crucial for a team's success.

"All three titles are special. I personally feel its how you prepare at the start of the tournament, getting your combinations right. I feel that is the most critical part of winning a tournament," he said.

Comments
Topics mentioned in this article
Mumbai Indians Rising Pune Supergiant Mitchell Johnson Mitchell McClenaghan Rohit Sharma IPL 2017 Cricket
Get the latest updates on ICC T20 Worldcup 2022, check out the Schedule and Live Score. Like us on Facebook or follow us on Twitter for more sports updates. You can also download the NDTV Cricket app for Android or iOS.