Kolkata Knight Riders have won the IPL twice. That is as many times as Chennai Super Kings. But in the 8th season of IPL, it is the No.1 brand. What has gone into making it the numero uno franchise? KKR CEO Venky Mysore spoke to ndtv.com about how the new and unique ways of the franchise to connect with the millennial generation has set it apart. Here are the excerpts. 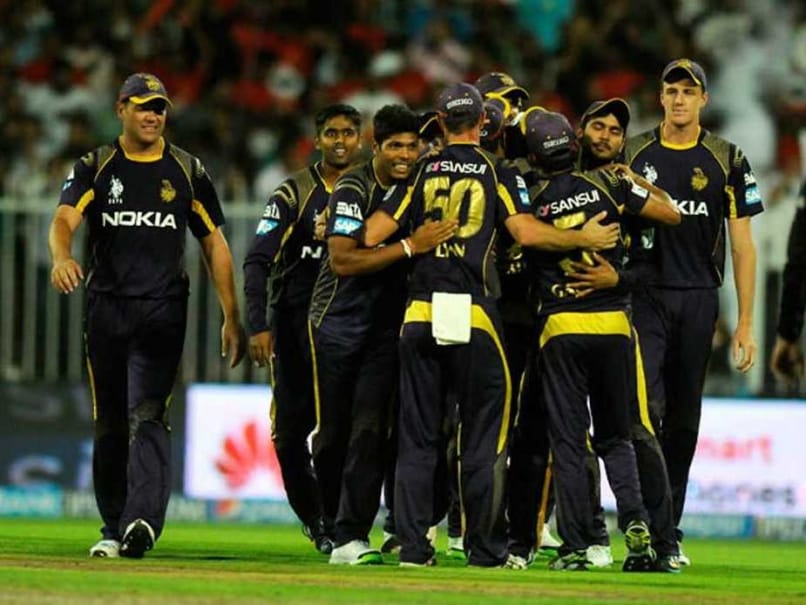 QUESTION (Q): American Appraisal's evaluation says that Kolkata Knight Riders is the No.1 IPL brand. What has gone into making it No. 1?

Venky Mysore (A): It is very nice to read these things, although I do not know exactly what was the methodology that was used. But when someone says you are number one, it feels good. But you know just speaking about what we have done as an organisation is that we have always maintained that the two key pillars on which the sports franchises are built are, brand and the fan base. Like any other organisation, it's focusing on your customers. The key is in understanding what the customers want. It helps in giving them a better experience, better value. So, that is what we try to do for fans. And really we have tried to engage with them at a level that they can relate to. So, there is a lot of work that we do which is not the normal cricket stuff that you see on T.V. A fan is interested in knowing many other things about the team. After all, our team members are all legends in their own rights but they are human as well. They have a personal side to them, they have a human side to them, they have an emotional side to them. So, our team tries to bring out a lot of these things which the fans are able to appreciate. Not only they appreciate but they start relating at a different level. And when they start relating at a different level, the emotional attachment starts growing. And to me that is a key thing. When the emotional attachment grows, that's when a spectator or a supporter becomes a fan.(IPL 2015: Full Coverage)

Q: Kolkata already had a lot of SRK fans. Converting them into KKR fans would not have been difficult. Did you have to do anything unique?

A: The first thing that we have tried to do is to look at content that is very fresh, very interesting. We try to create conversation that is fresh and interesting. Today the attention spans of the people are going down significantly and they are always saying wow me, entertain me a bit more. Now if it is going to be the same run of the mill things then they will not be that interested. They are constantly asking, 'what's different?' So we try to innovate in that respect.

Q: Understandably content is the currency of the new millennials. So what kind of content are you creating to reach out to them?

A: We have put a lot on premium on content creation. So, we have someone now who has come on board with for content creation. On a regular basis we do a lot of things which are slightly unique to Kolkata. Whether it is some of our players attempting to speak Bengali or say a few things for the fans. Then we get into the dressing room to show what it feels like after the team has won or how they deal with failures. It is important to connect to the fan when you don't get a good result as well. We try to bring to fore the metal side of things, how are individuals preparing for the game/season. These are things that the fans normally do not get to see. We have created a very strong library and we have created a very detailed documentary of KKR. So, these are things that people love to know and that creates a very different type of bonding with our fan base.

Q: Would you say that in the Season 8 of IPL, Brand KKR has managed to overtake Brand SRK?

A: Certainly not. You know brand SRK is so big, so well established and so wide and so well accepted that we are very fortunate to have brand SRK behind us in such a strong manner. However we have worked very hard on building brand KKR and our own fan base. Today it is almost a given that when people think of KKR, the first association that comes to their mind is SRK, without a doubt. And that is the advantage we have. But without imposing on him or his time too much, we have always felt that the team needs to be established in a way where it runs on it's own steam. The sponsors who want to associate with us, yes they know very much that there is a brand SRK behind it. But they should want to come for what team KKR, brand KKR can offer them in terms of a partnership, in terms of an association. That is what we have attempted to do and I think we have been reasonably successful with that.

Q: How many brand associations you have this season?

A: In many ways if you look at the partnerships that we have, we work with 22 brands. 10 of them are visible because you have 6 sponsors on the jersey, you have 2 on the helmet and 2 on the trousers. These are the visible sponsors. But we have created properties for associations with sponsors who do not care much about the visibility, but they want to create some kind of packaging around experience.

One significant thing is, we have also put a huge premium on associating with brands who like to activate. For us that is very very important because when a brand starts activating, that is when the salience of both brands come out. For example the biggest association that we have created this year is with Gionee. Gionee has done a remarkable job in two years and we are trying to get them some visibility. Hopefully with that type of association we have, it will be mutually beneficial. That's why we have signed a deal of three years and hopefully this will go on for much longer than that. So, they have great aspirations to become a billion dollar company and with this association hopefully this will happen.

Q: You charge two to three times more from the sponsors than the asking price of the other franchises. What is that one thing that still draws companies to you?

A: You are right. In absolute value terms, and this is only based on something that I have heard, that we command the biggest premium in the market place. There are 8 IPL teams and each one has various things to offer. But we are very fortunate that the brands that we associate with see value. See, at the end of the day we try to put ourselves in the shoes of the brand and say what is the return on my investment? If I am associating and if I'm paying a hundred and I can get maybe the same type of space for say a 40 or a 50, the question is why would I pay a hundred? So, when you analytically look at it and say what am I getting for a hundred? What is my return on investment? So, a brand looks at it and basically says that OK, what is the kind of visibility I am getting? Now based on what we are hearing from the broadcasters, KKR games are rated amongst the highest in terms of viewership. When we play in a ground like Eden Gardens which has the largest capacity, there is a kind of following and passion. Our games are sold out. When you have 80,000 plus people at the ground, even from a television viewership's stand point it presents a very different type of energy and excitement. So, through that there is a delta that the brand not only perceives but sees in real value that they get. We would like to believe that it is not necessarily a premium but it is a return on their investment that they evaluate. They say OK if I am partnering with KKR,potentially the return on my investment is the highest. We work very hard to actually ensure that this is actually the case. We have a very capable marketing team and sponsorship services team which works very hard to ensure that from a deliverable stand point, we are able to give them. We are constantly endeavoring to innovate and deliver value for sponsors. There is a digital activation team, there is a social media team. Today on Facebook we have crossed over a 12 million followers. On Twitter we have just crossed a million. So, we are clearly leading the pack from that perspective, which just shows that we are engaging our followers and our fans in a way that is unique to what KKR is doing. And that gives value to the brand and therefore they see a higher return on their investment.

Comments
Topics mentioned in this article
IPL 8 Cricket
Get the latest updates on ICC T20 Worldcup 2022 and CWG 2022 check out the Schedule, Live Score and Medals Tally. Like us on Facebook or follow us on Twitter for more sports updates. You can also download the NDTV Cricket app for Android or iOS.