Former India all-rounder Yuvraj Singh criticised India's fielding effort against the West Indies in the first T20I of the three-match series in Hyderabad. 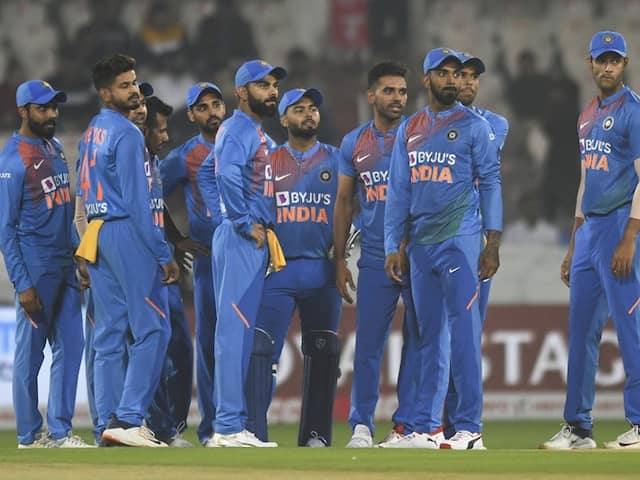 India dropped multiple chances on the field against the West Indies.© AFP

Yuvraj Singh, former India all-rounder, criticised India's fielding effort against the West Indies in the first T20I of the three-match series at the Rajiv Gandhi Stadium in Hyderabad on Friday. Yuvraj Singh, who was known for his quality fielding and big-hitting skills, slammed the youngsters who dropped too many catches in the outfield. Washington Sundar, Rohit Sharma, and KL Rahul dropped catches. He also questioned about the too much cricket that is being played in India but the all-rounder remained optimistic about the India's chances in the run chase.

"India very poor on the field today ! Young guns reacting a bit late on the ball! Too much cricket ? ? Let's get these runs come on lads," Yuvraj Singh tweeted.

India very poor on the field today ! Young guns reacting a bit late on the ball! Too much cricket ? ? Let's get these runs come on lads

India won the toss and invited the visitor's to bat. The West Indies got off to a bad start as they lost their opener Lendl Simmons (2) cheaply in the second over. Pacer Deepak Chahar provided the early breakthrough for the hosts.

Evin Lewis and Brandon King stitched a 51-run partnership for the second wicket. The former's resistance was cut short by spinner Washington Sundar in the sixth over.

Lewis played a quick knock of 40 runs off 17 balls. The Caribbean side was at 66/2 after the end of six overs.

Shimron Hetmyer joined King in the middle and added quick some quick runs. The duo built a stand of 37-run and guided the side to went past the 100-run mark.

West Indies posted 207/5 in their 20 overs as Kieron Pollard and Jason Holder added some quick runs in the end.

In reply, Virat Kohli and KL Rahul scored half-centuries as India chased down the target with eight balls to spare.

Rohit Sharma Washington Sundar India vs West Indies 2019/20 Cricket
Get the latest Cricket news, check out the India cricket schedule, Cricket live score . Like us on Facebook or follow us on Twitter for more sports updates. You can also download the NDTV Cricket app for Android or iOS.