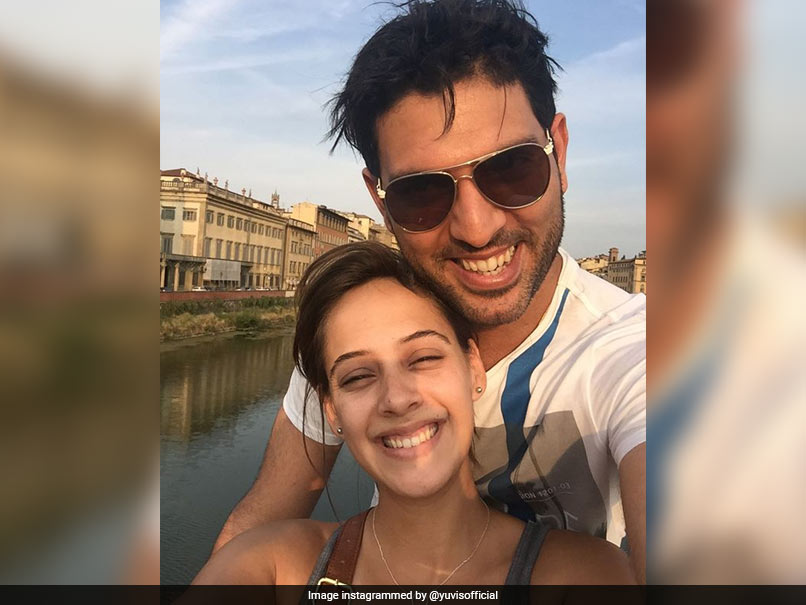 Yuvraj Singh after retiring from international cricket is enjoying playing franchise cricket in different parts of the globe. First he took part in Global T20 Canada competition and then recently played in the T10 League in Abu Dhabi. The former India all-rounder on Saturday took to Instagram to wish his wife Hazel Keech on their third marriage anniversary. "Mubarak ho biwi! We made it to 3 years  feels like 30! Happy anniversary my love @hazelkeechofficial," Yuvraj wrote sharing a beautiful picture with his wife.

Mubarak ho biwi ! We made it to 3 years feels like 30 ! Happy anniversary my love @hazelkeechofficial

Yuvraj's post soon received warm wishes not just from his fans but also from the cricketers around the world. Several Bollywood celebrities were also among those who congratulated them on their marriage anniversary.

Harbhajan, who like Yuvraj Singh, himself is married to a Bollywood actress Geeta Barsra also wished them on their special day.

"Congratulations to you both," Harbhajan replied to Yuvraj's post.

Australian opener David Warner who played his best-ever knock in Test cricket on Saturday was the next one in line to wish Yuvraj.

Bollywood actor-producer Farhan Akhtar, Bipasha Basu and Sunil Grover were among many who sent their greetings to the stylish left-handed batsman.

Yuvraj Singh who became part of the T10 League for the very first time this year ended up lifting the trophy as his side Maratha Arabians won the tournament after beating Deccan Gladiators in the final.