Kerala wicketkeeper-batsman Sanju Samson has been in the fringes for a long time and gets another opportunity with the injury to Shikhar Dhawan. 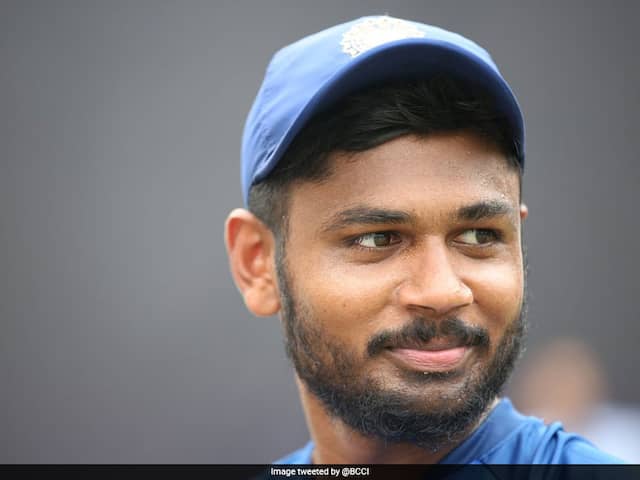 Sanju Samson was kept on the bench for India's T20I series against Bangladesh.© Twitter

Wicketkeeper Sanju Samson has been drafted into India's squad for the three-match T20I series against the West Indies as a replacement for the injured Shikhar Dhawan, the Board of Control for Cricket in India (BCCI) said in a statement on Wednesday. Dhawan suffered a deep cut on his left knee during a Syed Mushtaq Ali Trophy game against Maharashtra, BCCI said. The BCCI Medical Team assessed him on Tuesday and suggested that he needs some more time for his stitches to come off and his wound to heal completely.

Sanju Samson was in the squad for the T20I series against Bangladesh, which India won 2-1. However, he did not play a single match and was dropped for the West Indies series.

He was called up for the Bangladesh series on the back of impressive performances in the domestic circuit, including a double-century in the 50-over Vijay Hazare trophy.

With Virat Kohli back in the squad after taking a break during the series against Bangladesh, KL Rahul is likely to partner Rohit Sharma instead of the injured opener when the series begins on December 6.

Dhawan remains in the squad for the ODI series against West Indies starting on December 15.

Dhawan failed to impress in the series against Bangladesh, with scores of 41, 31 and 19.