Australia opener David Warner shattered a plethora of records with a triple hundred against Pakistan on the second day of the second Test in Adelaide. 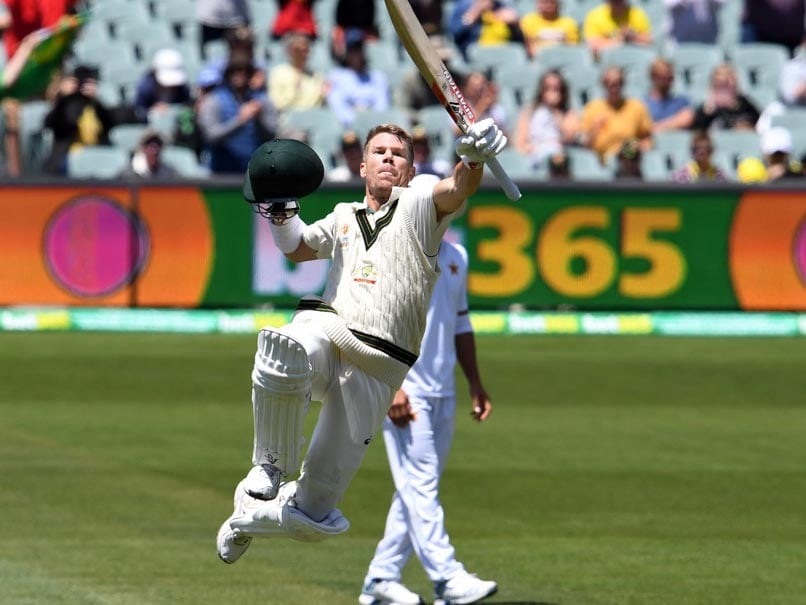 David Warner shattered a plethora of records with a triple hundred against Pakistan on the second day of the second Test -- a day-night match -- in Adelaide on Saturday. The 33-year-old left-handed batsman became the leading run-scorer in the day-night Test cricket, going past Azhar Ali's tally of 456 runs against the pink ball. David Warner also concluded calendar year 2019 on a high as he surpassed Indian captain Virat Kohli to register the highest Test score in 2019. Virat Kohli had smashed an unbeaten knock of 254, including 33 boundaries and two sixes, in the second Test of the three-match series against South Africa in Pune last month. David Warner reached the magical triple figures in 389 balls, including 37 boundaries.

Australia declared their first innings for 589/3, the highest total in day-night Test cricket. Warner was not out for 335 runs off 418 balls, including 39 boundaries a six. This is Warner's Test-best knock as previously he had scored 253 runs in 2015 against New Zealand in Perth.

With a single six after facing 398 deliveries, Warner went past Azhar Ali's knock of 302 (not out) to register the highest score in the day-night Test cricket.

Warner also became the only batsman to score a triple-century at the Adelaide Oval. The previous best here was 299 (not out) by Don Bradman against South Africa in 1932.

While scoring his maiden century in the day-night Test cricket on Friday, Warner had reached 166 at stumps on Day 1. It is the highest score for any batsman in a day's play in pink ball cricket. The previous highest was 156 by Pakistan batsman Azhar Ali on a single day of the day-night Test against the West Indies in Dubai in 2016.

Before the Adelaide Test, Warner had only 199 runs at an average of 24.87 to his name in day-night Test cricket.

Leading the two-Test series 1-0 with a victory in Brisbane, Australia lost opener Joe Burns early in the fourth over but then rode on a 361-run stand between David Warner and Marnus Labuschagne for the second-wicket to take control.

The 361-run partnership between Warner and Labuschagne is the highest stand for any wicket in day-night Tests. The previous best was a 248-run stand between Alastair Cook and Joe Root against the West Indies in Birmingham in 2017.