David Warner and Marnus Labuschagne scored back-to-back centuries as Australia stamped their authority on the opening day of the day-night second Test against Pakistan in Adelaide on Friday. 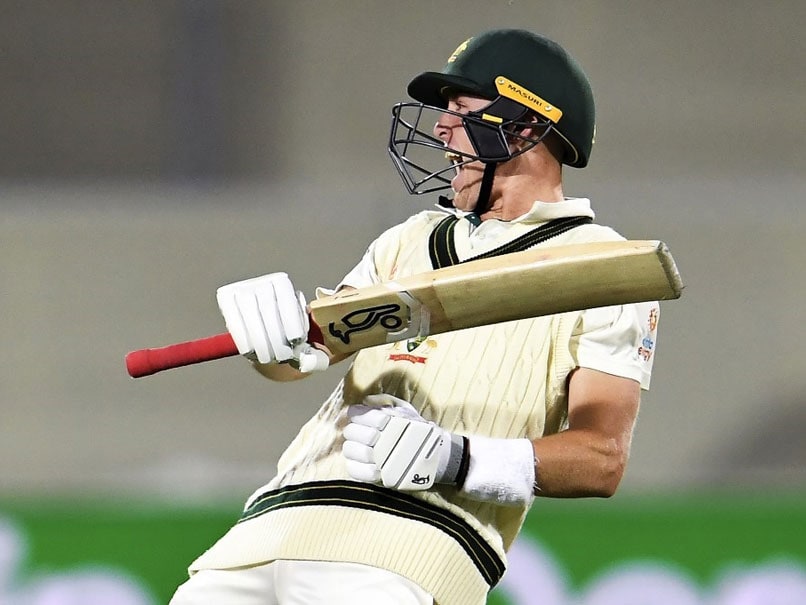 Marnus Labuschagne followed up his 185 at the Gabba by getting another in Adelaide.© AFP

Steve Smith and Virat Kohli are constantly fighting it out for the top spot in the ICC Test rankings for batsmen. Smith, who made a dream comeback in the Test arena after serving his ball-tampering ban, currently holds the top spot in the rankings with 931 points. Virat Kohli, who brought up his 27th century in the longest format during India's maiden day-night Test against Bangladesh, came within three rating points of top-ranked Smith. However, it is someone else who is leading the Test run-scoring charts for the year now. Marnus Labuschagne, the first-ever concussion substitute in the history of Test cricket, brought up his 2nd century in the longest format against Pakistan on Friday, overtaking Smith as the leading run-scorer for the year.

Leading run-scorers in Test cricket in 2019:

With 793 runs from nine matches, Labuschagne now sits at the top of the table, followed by Smith, who has 778 runs from six matches.

Mayank Agarwal, who has had a dream home season, has 754 runs from eight matches.

Ben Stokes is at number four with 746 runs, followed by Ajinkya Rahane with 642 runs.

Surprisingly, Virat Kohli occupies the 7th spot on the list with 612 runs from eight matches.

As far as the match is concerned, David Warner and Marnus Labuschagne scored back-to-back centuries as Australia stamped their authority on the opening day of the day-night second Test in Adelaide on Friday.

At the close on a rain-interrupted day, the home team were a dominant 302/1 with the pair building an ominous 294-run partnership, the highest ever in a day-night Test.

Warner was not out 166 and Labuschagne unbeaten on 126.

"It's a bit surreal at the moment. It was just amazing to be out there with Davey and to just put on a really big partnerhsip," Labuschagne said at the close of play.