David Warner and Joe Burns were caught playing hand game rock paper scissors while waiting for the play to start after rain. 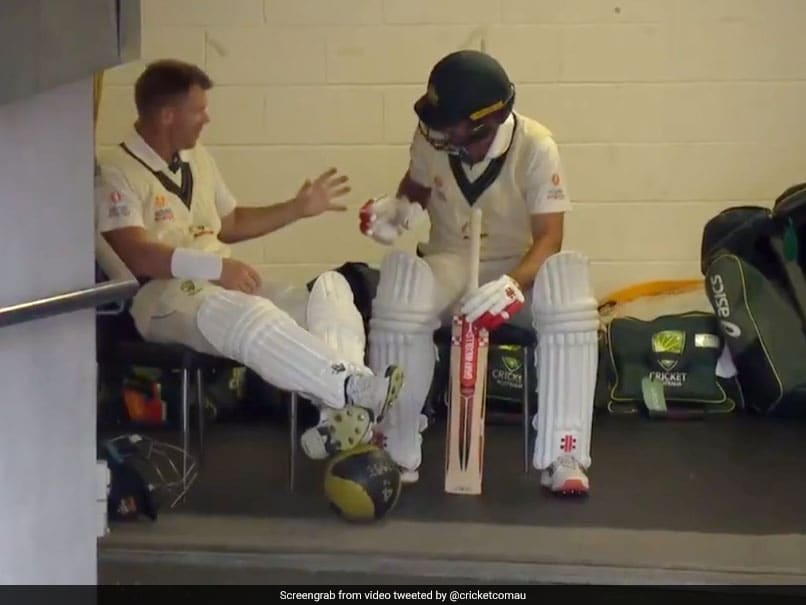 "Good old rock, nothing beats that!" Cricket.com.au captioned the video on Twitter.

Australia lead the two-Test series 1-0 as they thrashed the visitors by an innings and five runs in Brisbane.

For the pink ball Test, the hosts named an unchanged eleven with eyes on a 14th consecutive win against Pakistan in Australia.

"The wicket looks really good. There might be a bit of rain around and it will be interesting to see how the pink ball handles it with the wet outfield," Australia captain Tim Paine said at the toss.

Pakistan, on the other hand, recalled fast bowler Mohammad Abbas in place of Imran Khan. Nineteen-year-old fast bowler Muhammad Musa made his debut as he replaced 16-year-old pace sensation Naseem Shah in the playing eleven.

Batsman Imam-ul-Haq replaced Haris Sohail in the team and will open the innings alongside Shan Masood.

"I would have bowled first considering the conditions. The wicket looks good but with the rain around we thought we should bowl first," Pakistan captain Azhar Ali said at the toss.

Australia have won all five day-night Test matches that they have played so far. Three of those victories have come in Adelaide.

David Warner Joe Burns Cricket Australia vs Pakistan, 2nd Test
Get the latest updates on ICC Women's Cricket World Cup 2022 and IPL 2022, check out the Schedule , Live Score and IPL Points Table. Like us on Facebook or follow us on Twitter for more sports updates. You can also download the NDTV Cricket app for Android or iOS.