Shaheen Afridi had a horror in the field as Australia sent Pakistan on a leather hunt on the first day of the 2nd Test in Adelaide. 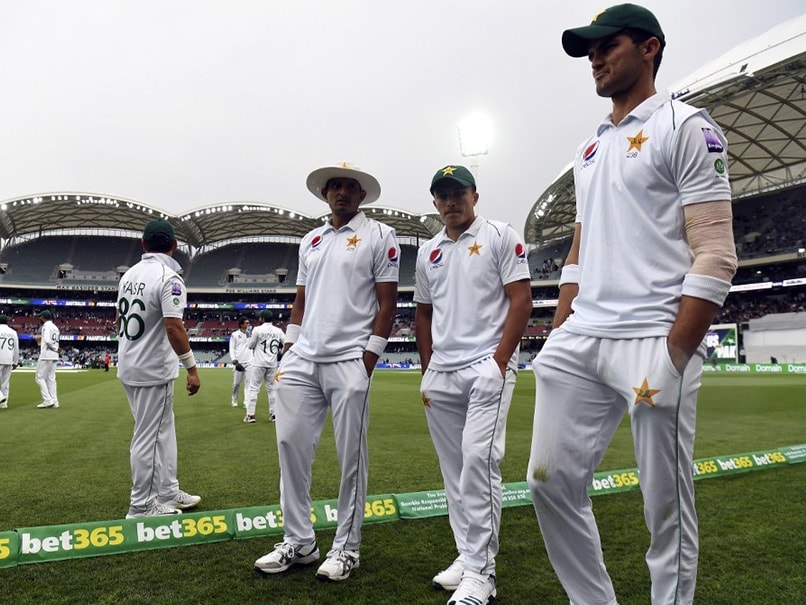 Australia dominated the opening day of the 2nd Test against Pakistan in Adelaide.© AFP

David Warner and Marnus Labuschagne plundered centuries as Australia dominated the opening day of the 2nd Test against Pakistan in Adelaide on Friday. Explosive opener David Warner brought up his second century in as many Tests, exposing not only Pakistan's listless bowling attack but also the visitors' clumsy fielding in the day-night clash. In the 42nd over of the day bowled by Iftikhar Ahmed, Shaheen Afridi, stationed at fine leg, could not stop the ball played by Warner out to the deep. Afridi kept jogging the opposite way to where the ball ended up. Then in the 58th over, Warner played a front foot drive that went past the cover for four runs. The ball had nearly come to a stop as Afridi kicked it into the fence.

"Shaheen Shah was in la la land at fine leg," Wasim Akram, who is on commentary duty for the series, said.

"Yasir Shah and Shan Masood were probably yawning. That's the problem with Pakistan cricket. They should be on the ball.

"Nobody was backing up and you as a fielder, it doesn't matter how inexperienced you are, you set yourself, new batsman in, they just came out, I'll probably start five-ten yards inside the boundary line not on the boundary," Akram added.

Warner continued the rich vein of home form as he brought up his 23rd Test century off 156 balls with a single from spinner Yasir Shah.

Warner hit 12 fours in a near faultless innings, ably supported by number three Labuschagne who followed up his 185 at the Gabba - a maiden Test hundred - by getting another in Adelaide.

The 25-year-old slapped 14 fours, under lights and against an attack that struggled to make the most of conditions.

Australia lead the two-match series 1-0 after winning the opening Test by an inning and five runs.

David Warner Marnus Labuschagne Cricket
Get the latest updates on ICC Women's Cricket World Cup 2022 and IPL 2022, check out the Schedule , Live Score and IPL Points Table. Like us on Facebook or follow us on Twitter for more sports updates. You can also download the NDTV Cricket app for Android or iOS.