Steve Smith became the fastest man to score 7,000 Test runs on Saturday, shattering a record that has stood since 1946. 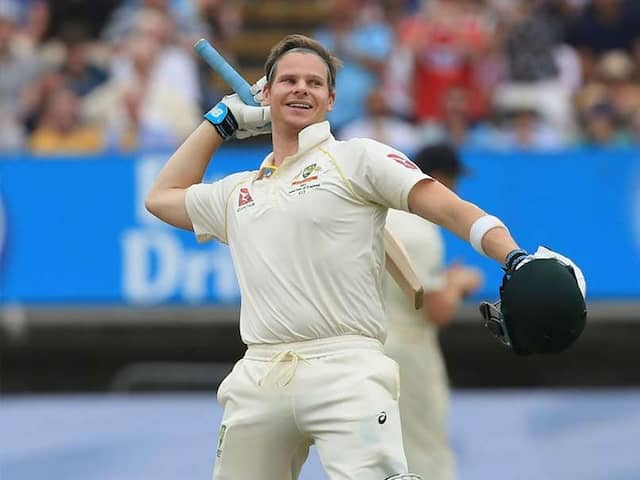 Steve Smith on Saturday became the fastest man to score 7,000 Test runs, shattering a record that had stood since 1946, while moving past Donald Bradman to become Australia's 11th highest scorer. The 30-year-old took a single off Muhammad Musa during the second Test against Pakistan in Adelaide to reach the milestone and take possession of a record held for 73 years by English great Wally Hammond. Hammond reached the mark in 131 innings, while Smith, who played his first Test nine years ago, made the grade in his 126th.

India's Virender Sehwag is the third fastest in 134 innings.

"The fastest to 7K - you're a star Steve Smith!," tweeted Cricket Australia.

The fastest to 7K - you're a star Steve Smith! #AUSvPAK pic.twitter.com/sU7uxN8vGR

Smith also passed the legendary Bradman's 6,996 Test runs. It took Smith 70 Tests to do so, while Bradman needed only 52.

The 30-year-old's heroics at the Ashes in England this year saw him widely labelled the best since Bradman, considered Test cricket's greatest ever, when he scored a mammoth 774 runs in just seven innings.

He had the opportunity to pass both Bradman and Hammond in the first Test against Pakistan in Brisbane, but fell for just four in a rare failure.

In an insight into Smith's determination to be the best, he said after missing out in Brisbane that he punishes himself when the runs do not flow.

"I always punish myself when I get no runs, just like I reward myself when I score runs with a chocolate bar at the end of the night if I get a hundred," he said.

"So yeah, if I get no runs I always like to have a run or go to the gym or do something just to give myself a bit of a punishment."

Smith still has 10 other Australian players above him in total Test runs scored.

Pakistan Cricket Team Cricket Australia vs Pakistan, 2nd Test
Get the latest Cricket news, check out the India cricket schedule, Cricket live score . Like us on Facebook or follow us on Twitter for more sports updates. You can also download the NDTV Cricket app for Android or iOS.
Advertisement