Rohit Sharma broke Virender Sehwag's record of 219 runs to register the highest individual ODI score, on this day in 2014. 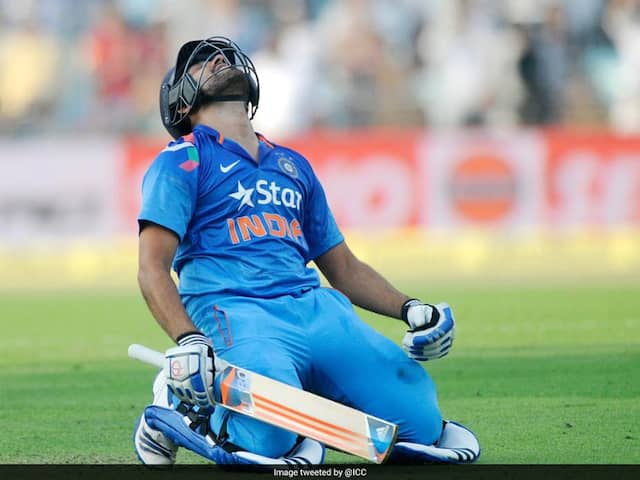 Rohit Sharma created history on this day, in 2014.© Twitter

Rohit Sharma, who was dropped on 4 runs by Sri Lanka, went on to make the most of the opportunity as he notched up the highest ever individual One-Day International (ODI) score of 264 runs on this day, in 2014. His 264-run knock in the fourth ODI against Sri Lanka, broke the previous record of 219 runs held by Virender Sehwag for his knock against the West Indies in 2011. Rohit Sharma is the only batsman to register three ODI double centuries. He had scored 209 runs against Australia in Bengaluru in 2013 and played an unbeaten knock of 208 against Sri Lanka in 2017.

The International Cricket Council (ICC) also recalled Rohit Sharma's brilliant knock and tweeted, "#OnThisDay in 2014, Rohit Sharma went big! The Indian opener smashed 264, the highest ever ODI score. The worst part? Sri Lanka dropped him when he was on 4"

The Indian opener smashed 264, the highest ever ODI score

The worst part? Sri Lanka dropped him when he was on 4 pic.twitter.com/E6wowdoGUL

Rohit Sharma's brilliant knock in the fourth ODI against Sri Lanka helped India register a total of 404/5, after opting to bat, at the Eden Gardens in Kolkata.

In response, Sri Lanka were bundled out for 251 runs as India registered a thumping victory by 153 runs. India had also clean swept the series 5-0.

Rohit Sharma remains one of the finest limited-overs batsman for India. He had recently proved his mettle in Test cricket as well.

He will be next seen in the two-Test series against Bangladesh, starting from Thursday in Indore.