Rohit Sharma minced no words during a break in the Bangladesh inning in the 3rd T20I and this pepped up the team. 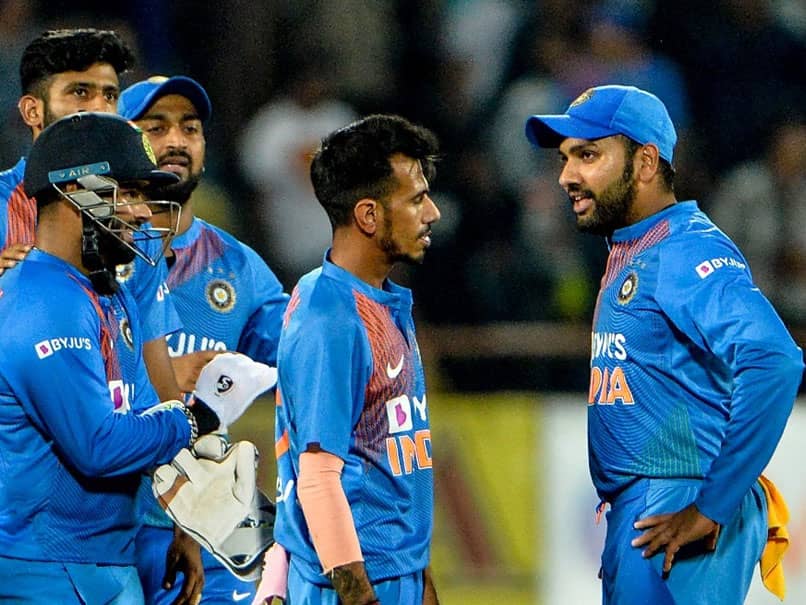 Rohit Sharma gave the team a pep talk when they were under a bit of pressure.© AFP

India beat Bangladesh by 30 runs in the final match to clinch the three-match T20I series 2-1 on Sunday. Shreyas Iyer starred with the bat while Deepak Chahar became the first Indian male to a take a hat-trick in T20Is as the hosts emerged victorious in Nagpur. But it wasn't all plain sailing for the Indian team. After posting 174 for five, India found themselves under the pump with Bangladesh going strong in the chase despite losing two early wickets. At one stage, the visitors were 110 for two in 12.5 overs and looked set to shock India. However, according to Shreyas Iyer, when the team was "feeling the pressure" they got a shot in the arm after Rohit Sharma's pep talk.

In the post-match press conference, Iyer revealed that Rohit, captaining the Indian team in Virat Kohli's absence, called a huddle and gave the team a talking to, which made them determined to take back control of the game.

"We were feeling the pressure. We know that they are a really good team. There's no team in T20 that we can underestimate. And in the previous two games we have seen that the quality of cricket they have been playing was really mesmerising," said the right-handed batsman.

"We were going a little lethargic at the start, but once they started going, Rohit called all the players inside the circle and he gave us a pep talk, which was really motivating. After that we were all determined to win the game," he added.

Shreyas Iyer was crucial to India's cause after Bangladesh had won the toss and elected to field in Nagpur. After losing Rohit Sharma and Shikhar Dhawan early, KL Rahul and Iyer stitched a 59-run partnership for the third wicket to bring India back into the contest.

Iyer top-scored with 62 runs off just 33 balls, with his knock including three consecutive sixes.

"The over in which I hit three sixes changed the momentum of the match. Otherwise, we would have got 150 and that would have been a really tough total too difficult on this wicket. Yeah, I would give myself a credit, playing that role. It was important for one of the top three batters to stay at the crease till the 15th over," said Shreyas Iyer.

The focus for both teams will now shift to the two-match Test series that begins on Thursday at the Holkar Cricket Stadium in Indore.

KL Rahul India vs Bangladesh India vs Bangladesh, 3rd T20I Cricket
Get the latest updates on IPL 2021, IPL Points Table , IPL Schedule 2021 , live score . Like us on Facebook or follow us on Twitter for more sports updates. You can also download the NDTV Cricket app for Android or iOS.