Jason Holder said that the team is focussed on playing good cricket and are prepared for the Indian challenge. 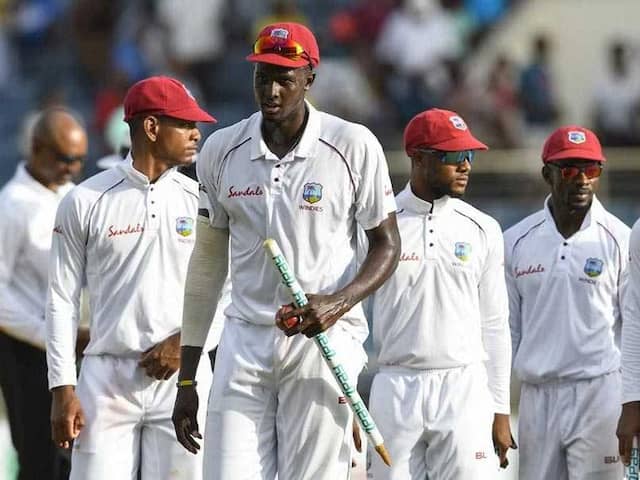 Jason Holder said that they have a plan in place for the Test series against India.© AFP

The Windies are all set to face India in the first of the two-match series at Rajkot on Thursday. Ahead of the opening match, Windies captain Jason Holder said that the team is confident and are up for the Indian challenge. Holder further reiterated that the Windies can compete against India, the World No 1 Test side, as it has done against other top teams such as England. "It is a great challenge and everyone is up for it. We have pushed top teams in the last few years. This group has shown what they can do. We are just focused on playing good cricket and would not like to be drawn in personal battles," said Holder.

After a memorable win against England at Leeds last year, the Windies have had a decent 2018 as they drew with Sri Lanka at home before beating the visiting Bangladesh side.

Only five members of the 15-man Windies squad having featured in a Test in India, however, Holder said that they have a plan in place and patience will play a huge role during the series.

"Patience plays a massive role in India. We need to stick to game plans and not get into one-on-one battles. We have discussed how we are going to score runs against their quality attack. One of the things I spoke about was patience, capitalising on every opportunity to score. Not be reckless at the same time but have a clear game plan to score," said the 26-year-old bowler.

Paying tribute to their out-going coach Stuart Law, Holder said, "He has definitely brought in a lot of order to West Indies cricket. He has put the structures in place. He will be missed and I wish him the best."

Jason Holder India vs West Indies 2018 India vs West Indies, 1st Test Cricket
Get the latest Cricket news, check out the India cricket schedule, Cricket live score . Like us on Facebook or follow us on Twitter for more sports updates. You can also download the NDTV Cricket app for Android or iOS.